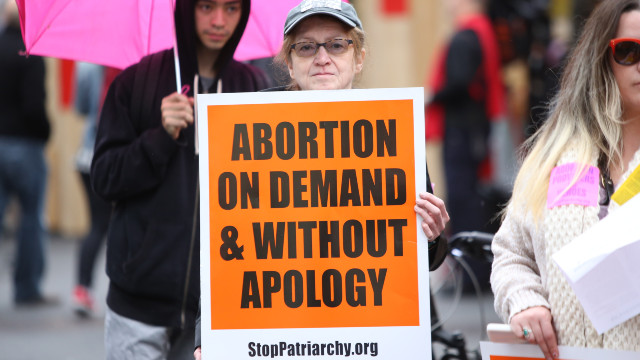 One day after a federal judge ruled to block the heartbeat bill in the state of Texas, a piece of legislation that makes it illegal to perform an abortion after six weeks of gestation, one provider began offering its services on Thursday, providing an opportunity for people to terminate their pregnancies after the law’s time limit.

Amy Hagstrom Miller, who serves as the chief executive of Whole Women’s Health, recently spoke with reporters where she stated that ever since the law went into effect, the provider, which has four locations in Texas, began putting patients on a waiting list if they were beyond the legal limit.

“So those folks were able to come in and we did provide them with abortion care today,” Hagstrom Miller stated while on a call with reporters.

She did not provide any information concerning which of the clinics had started back up, nor was any indication given for the number of procedures performed thus far.

U.S. District Judge Robert Pitman in Austin on Wednesday blocked the state from enforcing the law while litigation over its legality continues. The Republican-backed measure empowers private citizens to enforce the ban, and Texas immediately appealed the ruling to the conservative-leaning Fifth Circuit Appeals Court.

The law has become a flashpoint in a national battle over abortion rights as Republican lawmakers in other states try to pass similar legislation. In December, the U.S. Supreme Court will hear a Mississippi case testing Roe v. Wade, its landmark 1973 decision that established the nationwide right to abortion access.

Drexel University law professor David Cohen said Texas clinics that resume their previous abortion services while the law is blocked will be in a “very precarious position.” A clause in the law says providers can still be sued if the law goes back into effect after being struck down by a court.

Cohen then said that even if Pitman’s injunction against the law were to be upheld by the Supreme Court on appeal, it could end up being dissolved by overturning Roe v. Wade, due to the fact that the landmark case was the foundation for the federal judge’s decision.

Miller then said that the retroactive clause is something that’s of major concern for many medical professionals.

“Any abortion you provide, even with an injunction, could be seen as criminal a year from now, six months from now – and you could be held accountable for every one of those. It’s pretty daunting to think about that,” she continued.

Anti-abortion providers stated that if Pitman’s ruling ends up being reversed on appeal, they will then sue all of the providers who have resumed abortion services.

“As this case develops, if there’s an opportunity for lawsuits or for enforcement in the future, that’s something that the pro-life movement is very interested in,”  John Seago, legislative director for anti-abortion group Texas Right to Life then stated.

Abortion is murder. It’s sickening to see how badly the radical left fights for the right to murder innocent human life.