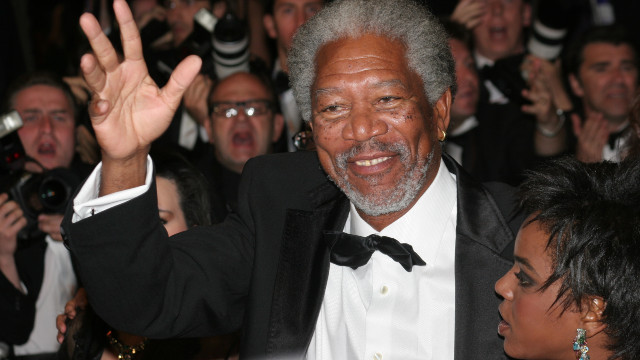 Legendary actor Morgan Freeman is now advising that those out there in the world that love his work and for whatever reason “trust him,” should do as he says and go get that wonderful new coronavirus vaccine, despite the fact none of us know anything about the potential long term side effects that could result from taking the injections.

“I’m not a doctor, but I trust science,” Freeman said in a recently published public service announcement he made for Creative Coalition, a nonprofit arts advocacy group. “And I’m told that, for some reason, people trust me.”

“So here I am to say, I trust science and I got the vaccine,” he went on to say. “If you trust me, you’ll get the vaccine. In math, it’s called the distributive property. In people, it’s called taking care of one another. Get the vaccine. Help make our world a safe place for us to enjoy ourselves again. Please?”

An ad released today by the Hillary Clinton campaign – the second narrated by Morgan Freeman – lists off the names of faux black martyrs exploited by the left via the Black Lives Matter movement to portray America as a deeply racist society hostile towards them.

With a somber piano melody sounding as if extracted from a mournful movie portraying the Holocaust, Clinton’s voice is processed to sound echoing and distant as she reads the names Trayvon Martin, Dontre Hamilton, and Sandra Bland.

Freeman joins the long list of public figures who have advocated for their followers to receive one of the new COVID-19 vaccines, such as Sir Ian McKellen, Arnold Schwarzenegger, Steve Martin, Samuel L. Jackson, and Martha Stewart. Singer Dolly Parton changed the words of her hit song “Joline” to “vaccine” to promote them to her many fans. Singer Bette Midler told Jimmy Kimmel that she would be having “tons of anonymous sex” after her two-week wait for the vaccine.

So not only is the mainstream media a propaganda machine for the Democratic Party, but apparently so is Hollywood. Of course, we all know that already. It’s not exactly breaking news. Most movies today are nothing more than attempts to normalize leftist thinking and support causes that progressives are continuing to push. Art is powerful like that.

At the end of the day, no one has a right to tell you what you can and can’t put into your body. If you want to take the vaccine, do it. If you don’t, well, don’t. Just don’t allow celebrities, who don’t know you nor care anything about you, make the decision for you.