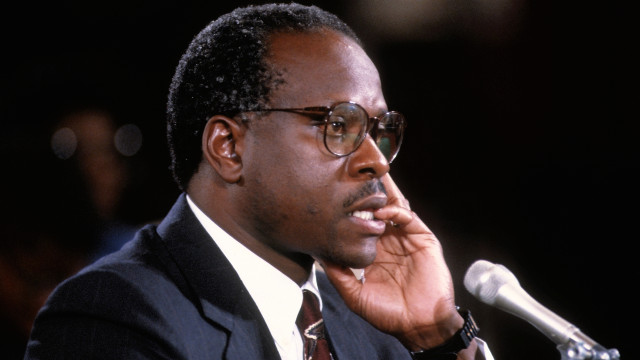 One of current President Joe Biden’s judicial nominees ripped into Justice Clarence Thomas for being a “black conservative” during the highly contentious 1991 Supreme Court confirmation hearings.

Now, you and I both know that saying such a thing is a racist statement. Yet, despite the blatant prejudice, it’s almost guaranteed the left will not hold him accountable for his statement.

Eunice Lee, whom Biden has nominated for a seat on the U.S. Court of Appeals for the Second Circuit, recently expressed her annoyance with Thomas while she was a junior at Ohio State University.

Lee penned a letter to the Lantern, which is the school’s official newspaper, accusing Thomas of only acknowledging the realities of racism when doing so was convenient and helpful for him.

Thomas, Lee stated in the letter, is “one of that group of black conservatives who feel that black people should focus less on racism and more on self-help.” These black conservatives, Lee went on to add, think that racism is not “much of an obstacle to black success.”

But when Thomas faced misconduct accusations during his confirmation hearings, Lee claimed that he changed his tune. Thomas, in his opening statement, famously called aggressive questions about his alleged harassment of Anita Hill, a former staffer, a “high-tech lynching for uppity blacks.”

Lee wrote that this turn of phrase marked the first time that the Supreme Court justice was willing to acknowledge that racism is “an obstacle for millions of other blacks.”

“I might stop short of calling Thomas a hypocrite, but I am reminded of that saying of how there are no atheists in foxholes,” she said in the letter. “Perhaps you can also say there are no black ‘conservatives’ when in the political hot seat.”

Utah Sen. Mike Lee, during confirmation hearings on Wednesday, questioned Eunice Lee about the letter, pointing out that Thomas has, in the past, spoken about racism and its effects on black people. Lee replied that the letter “does not reflect the views that I have today.”

“So you no longer regard Justice Thomas as someone who denies that racism is an obstacle?” Mike Lee went on to ask.

“Well, as I said, I don’t espouse the views in that letter now,” Eunice Lee responded, going on to say that as a judicial nominee, she didn’t believe it was appropriate to issue a comment on a fellow judge.

Eunice Lee then went on to add that her own personal views concerning Thomas and other black conservatives would not be an influence on the decisions she reaches as a judge.