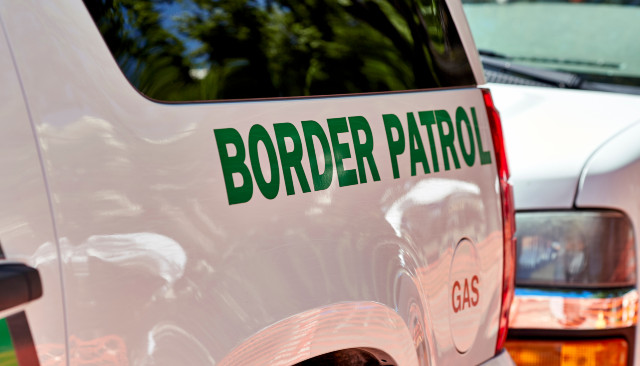 Two illegal immigrants from the country of Yemen have been arrested by the U.S. Customs and Border Protection agency near the town of Calexico, California. Both of these men were found on the FBI’s Terrorism Watch List and No-Fly list.

And liberals really wonder why we want strict enforcement of our immigration laws and to seal off the border? Really?

A 33-year-old and a 26-year-old were taken into custody over the last couple of months, both appearing on both government watch lists. The older man apprehended on January 29. Border Patrol agents making the arrest said they found a cellular phone sim card hidden underneath the insole of his shoe.”

The man was then transferred over to Immigration and Customs Enforcement.

The second illegal alien was arrested in late March and is in “federal custody pending removal.”

“Part of the Border Patrol’s mission states we will protect the country from terrorists,” Chief Patrol Agent Gregory K. Bovino said in a press release. “Today, like every other day, our agents did that. These apprehensions at our border illustrates the importance of our mission and how we can never stop being vigilant in our everyday mission to protect this great country.”

As The Federalist reported, the arrests come after news that additional members of the watch lists were apprehended as well as news indicating Border Patrol agents are allowing thousands of illegal immigrants into the country because they are overwhelmed and unsupported by the current administration.

“The announcement comes less than a month after Axios reported that border patrol arrested at least four illegal aliens at the U.S.-Mexico border matching names listed in the FBI’s Terrorist Screening Database since Oct. 1 of last year. Shortly before the report, corporate media outlets and Democrats clamored to deny and fact-check Republicans’ claims that Border Patrol arrested people from the terrorist watch list originating from countries such as ‘Yemen, Iran, Turkey,'” The Federalist report said.

“It also follows news that Border Patrol agents are letting nearly 1,000 illegal aliens cross the border every day unpursued because they are too focused on tending to the overwhelming number of unaccompanied minors and migrant families flooding holding centers. In March alone, approximately 160,000 illegal aliens, including more than 18,000 unaccompanied teens and kids, came under the care of border patrol agents manning overcrowded facilities,” the report continued.

This is why border laws are so important. We need to secure our country and try to prevent terrorists from gaining access to our nation where they can create terrorist cells and plan attacks that will take innocent lives. No more of this bleeding heart nonsense. We need to act now to protect the United States.