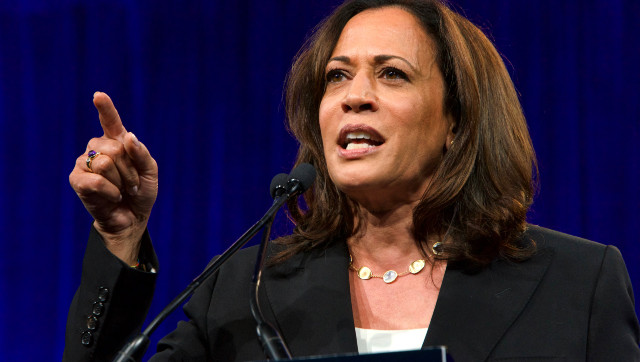 A brand new poll from the Trafalgar Group has revealed that 63 percent of likely U.S. voters are not confident that Vice President Kamala Harris is ready to be president if something should happen to President Joe Biden.

Participants in the poll were asked, “Based on her performance as Vice President, how confident are you that Kamala Harris is ready to be President?”

A staggering 58.6 percent said they have “no confidence at all” while another 5 percent stated they are “not very confident,” according to the survey which was conducted between July 12-13 among a total of 1,161 likely voters.

Only 38.3% of Democrats were “very confident” in Harris, according to the survey.

Not surprisingly, 83.8% of Republicans said they had no confidence Harris was ready to lead the country, and another 4.6% said they were not very confident.

Among independents and unaffiliated voters, 59.1% said they had no confidence, and only 19.1% said they were very confident Harris was ready to be chief executive.

It’s important to note that folks are not at all impressed with Harris’ performance in her job duties as of right now, and it’s a pretty safe bet to say a lot of that probably comes from the fact she’s done nothing to help resolve the border crisis despite being tasked to do so by President Biden.