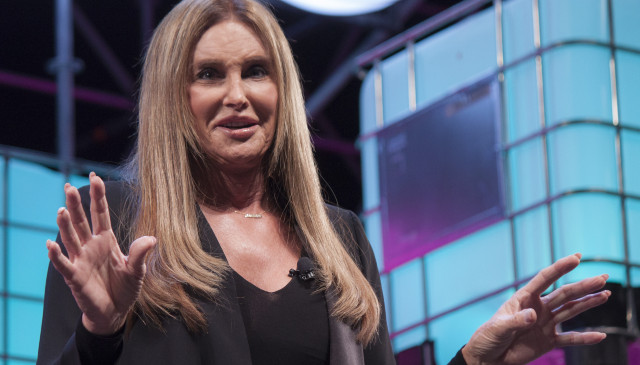 It’s no secret we’re living in very strange times, wouldn’t you agree? I mean it’s perfectly reasonable, according to our modern-day progressive culture, to allow a biological male to declare he is really a woman, regardless of what his DNA has to say about it.

Shoot, many even support invasive surgeries and hormone therapy to help these individuals “transition” to the opposite sex.

However, one of the sticking points that has folks extremely divided is whether or not biological men should be allowed to compete in women’s sports. You know, because men are bigger, faster, stronger, and have loads more testosterone which makes competition against women extremely unfair.

If you dare to say such a thing, the woke mob will “cancel” you and attempt to ruin your life in whatever creative way they decide.

But that hasn’t stopped former gold medalist and transgender person, Caitlyn Jenner, who is mulling a run for governor in California, from coming out against male athletes competing in women’s sports.

.@Caitlyn_Jenner, who is a transgender female, just said that transgender females should NOT be allowed to compete in female sports. I’d like to hear the Left call Caitlyn anti-trans! pic.twitter.com/sLsNAAFzfD

via Not The Bee:

Caitlyn Jenner — formerly known as Bruce Jenner when he won the gold medal in the men’s decathlon event at the 1976 Summer Olympics in Montreal — says “it just isn’t fair” for biological males to compete in women’s sports and thus it should not be allowed.

Jenner … now hear me out, here … Jenner might just know a thing or two about this issue. Why? Oh maybe because, as mentioned above, he WON AN OLYMPIC GOLD MEDAL BEFORE BECOMING TRANS.

And now Jenner presents as a woman, and has all the money in the world for all the medical and chemical procedures any biological male could dream of having done to them in their attempt to “become a woman.”

So it seems like Jenner kinda knows both sides of the fence here. And by “kinda” I mean the fullest extremes of both sides. And what does he say about males competing in female sports?

“It just. Isn’t. Fair. And we have to protect girl’s sports,” Jenner stated emphatically.

Jenner then doubled down on his take on social media platform Twitter:

I didn’t expect to get asked this on my Saturday morning coffee run, but I’m clear about where I stand. It’s an issue of fairness and we need to protect girls’ sports in our schools.https://t.co/YODLDQ3csP

And, predictably, the left is now attempting to cancel Jenner. Because there’s no room in the progressive movement for anyone to dare thinking for themselves. You either walk in lockstep with their agenda and beliefs or you shunned and shamed until you repent or disappear from the public eye.

There’s no room for disagreement within the ranks of the left.