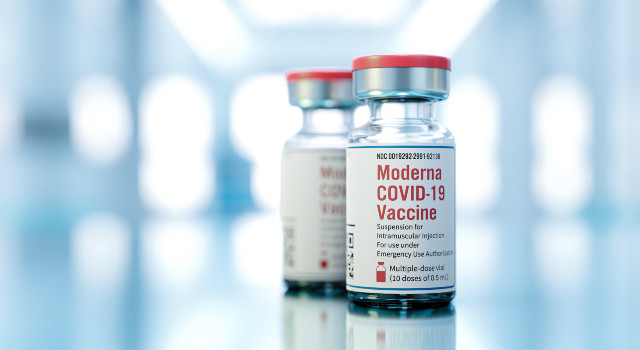 Stephane Bancel, the CEO for pharmaceutical company Moderna, has predicted that there will be a “material drop” in the overall effectiveness of current coronavirus vaccines when they are put up against the Omicron variant of the illness.

“There is no world, I think, where [the effectiveness] is the same level… we had with Delta,” Bancel went on to tell the Financial Times on Monday.

“I think it’s going to be a material drop. I just don’t know how much because we need to wait for the data. But all the scientists I’ve talked to … are like, ‘This is not going to be good,’” he went on to say.

Meanwhile, Scott Gottlieb, a director of Pfizer and former commissioner of the Food and Drug Administration (FDA), told CNBC: “There’s a reasonable degree of confidence in vaccine circles that [with] at least three doses . . . the patient is going to have fairly good protection against this variant.”

But a doctor in South Africa said that symptoms of the Omicron variant “appear to be mild and could be treated at home,” according to The Sun newspaper. “Dr. Angelique Coetzee, a private practitioner and chair of South African Medical Association, told Reuters that on 18 November she noticed seven patients at her clinic who had symptoms different from the dominant Delta variant, albeit ‘very mild.’”

“Their symptoms were so different and so mild from those I had treated before,” Coetzee stated during a conversation with The Telegraph.

While little is yet known about the new Omicron strain of SARS-CoV-2, the virus that causes COVID-19, Bancel said it could be up to 90 days before a new vaccine to target Omicron is developed.

The new variant of the coronavirus comes with more mutations, and not the fun ones like the X-Men have. No, these are mutations on the spike protein, which is part of the virus that these mRNA vaccines, including the one developed by Moderna, target.

The New York Times says that experts believe current vaccines “are likely to offer protection from severe illness and death.”

“Bancel told CNBC’s Squawk Box on Monday that his company is currently researching the variant found last week in South Africa and already spreading in Europe and elsewhere,” the report said.

The CEO “fears that the antibodies Moderna’s COVID-19 vaccine provides to fight against the virus could be eight times lower against the new strain,” according to a report from the Daily Mail.

“There are two key things that we don’t know yet and will find out in [coming] weeks,” Bancel stated. “One is vaccine efficacy. What is the impact of this new variant on the vaccine efficacy, and we should know that in around two weeks.”

“We believe this [variant] is highly infectious… it seems to be much more infectious than Delta,” Bancel continued.

The Times says that experts “have said that it could be two weeks or longer before more information about the variant’s transmissibility, and the severity of illness it causes, is available.”

“Given the large level of mutation it is highly possible that the efficacy of the vaccines, all of them, is going down,” Bancel remarked.

“The CEO said it will take Moderna researchers from two to six weeks to learn how effective their vaccine is against Omicron. He also said it could take up to 90 days to create a new version of its COVID-19 vaccine to handle the new variant,” the Daily Wire reported.