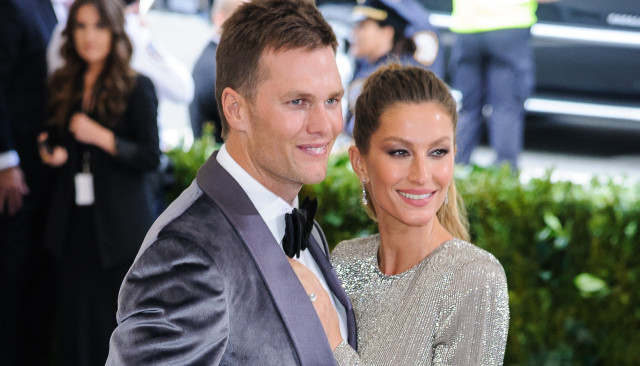 A columnist from USA Today has officially jumped the shark after creating and publishing a piece that claims legendary NFL quarterback Tom Brady has eluded being criticized for his support of former President Donald Trump due to “white privilege.”

Do leftists not hear how insanely absurd they sound when stuff like this comes out of their mouths? It’s beyond ridiculous.

In the piece published earlier this week called, “Tom Brady has gotten an undeserved pass for his support of Donald Trump,” Nancy Armour stated that the Tampa Bay Buccaneers QB should not get a free pass for supporting Trump just because he’s a famous football star. She then blasted Brady for not wanting to discuss politics saying he was “happy to talk politics until he wasn’t.”

“How mighty white of him,” Armour wrote. “Brady’s ability to enter and exit the debate at his choosing, to shield himself from accountability, is the height of white privilege. As this country grapples with the far reaches of systemic racism, look no further than Brady, for whom the expectations, and allowances granted, will always be different.”

Armour noted that Brady had a “Make America Great Again” hat in his locker when he played for the New England Patriots and said the QB called Trump his “friend.” But Brady, who is heading into his 10th Super Bowl on Sunday, recently said he’s not talking about the former president now that he’s out of office and facing a second impeachment trial.

“In theory, it should not matter whether Brady supports Trump, Alexandria Ocasio-Cortez or someone somewhere in between on the political spectrum. He has a right to his private views,” Armour wrote. “But it was Brady himself who chose to make those private views public. If you think that MAGA hat just happened to wind up in his locker – at camera level, not buried at the bottom beneath a pile of cleats and clothes – I have a case of TB12 supplements to sell you. Brady has carefully cultivated his image over his 21-year career, whether it be his style or his social media posts, and he knew just what kind of reaction he would get.

“Brady has had the chance – several, in fact – to clarify or walk back his comments and has chosen not to … Instead, Brady has been allowed to divorce himself from it while Black athletes are made to own their views in perpetuity,” she prattled on. “It might seem petty to bring up Brady’s moral cowardice now, when the 43-year-old is accomplishing things unlikely to ever be seen again in the NFL. But celebrating what he’s done while turning a blind eye to what he has not is a privilege Brady does not deserve.”

Armour then got on Twitter and defended her ridiculous piece.

ICYMI This isn’t about Tom Brady’s politics. Really. It’s about his refusal to recognize that his ability to enter and exit the debate when he chooses, to shield himself from accountability, is a privilege that Black and brown athletes don’t have. https://t.co/pb9PEhvgn0

It’s all pretty simple. Tom Brady can talk about politics if he wants. He can totally throw all of his support behind Donald Trump if he so wishes. The quarterback can also say “buzz off” and not say a single thing about anything political in public for the rest of his life.

Freedom of speech is one of the joys of living in the United States. Brady is not morally beholden to use his platform to speak on politics, contrary to what radical liberals say. You see, the left is obsessed with turning everything political. That’s all they want to do. All day. Every day.

Everything can be whipped into a cause to fight for and support. It’s exhausting really. You’d think they’d want to give it a break.