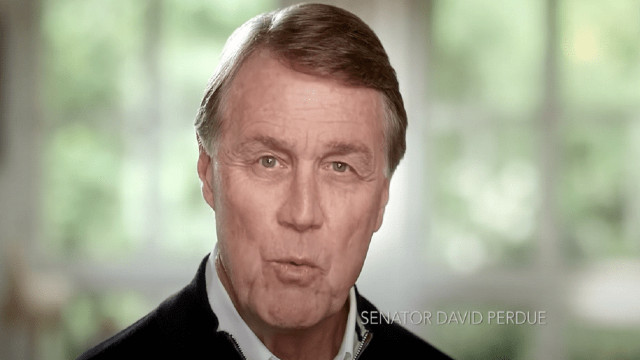 Former Sen. David Perdue has decided not to try and win his Georgia Senate seat back, sending out an email to his supporters to fill them in on the fact that he will not be challenging radical left-winger Sen. Raphael Warnock next year.

Perdue, who is currently 71, was beaten like a red-headed stepchild by now-Democratic Sen. Jon Ossoff in a runoff election on January 5, losing his seat after serving for six years.

Initially, Perdue led in the race against Ossoff after initial voting took place in the 2020 election back in November, but then fell short of the 50 percent threshold required in order to avoid a runoff. Perdue is a diehard ally of former President Donald Trump and had been considering another go at the Senate in the midterms but announced on Tuesday that he was going to stick to retirement.

“After much prayer and reflection, Bonnie and I have decided that we will not enter the race for the United States Senate in Georgia in 2022. This is a personal decision, not a political one,” Perdue stated in the email. “I am confident that whoever wins the Republican Primary next year will defeat the Democrat candidate in the general election for this seat, and I will do everything I can to make that happen.”

“As we saw in my race in November, Georgia is not a blue state,” the former senator added. “The more Georgians that vote, the better Republicans do. These two current liberal U.S. Senators do not represent the values of a majority of Georgians.”

Except, Georgia is not a red state either. President Biden narrowly defeated Trump there last fall, and the Democrats swept both Senate runoff elections on Jan. 5. With Perdue out, the Republican likely to give the race against Warnock the strongest look is former Sen. Kelly Loeffler. Republican Gov. Brian Kemp had appointed Loeffler to the Senate early in 2020. She proceeded to lose to Warnock last month after serving barely a year on Capitol Hill.

Can’t blame the guy for having enough of the rat race that is modern politics. Things have gotten very, very ugly over the last decade or so. I mean, it’s been getting bad for awhile, but it’s really, really, awful at the moment.

That being said, we need to hope that a dedicated conservative, someone willing to stand on their values no matter what, will step up to the plate and take on Warnock. Folks, that guy is very, very bad news. We need him out ASAP.