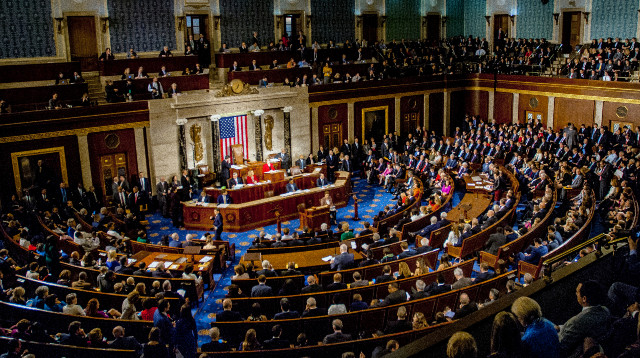 Democrats who serve on the House Ways and Means Committee are now trying to wrap up their proposal for $2.9 trillion in tax hikes, which would be the largest tax increase in decades, all done in order to help foot the bill for higher spending in their “reconciliation” package, according to new reports on Monday.

The Wall Street Journal went on to report that the proposal in question is set to include raising the corporate tax rate up to 26.5 percent from its current position at 21 percent, along with enacting a 3-percentage-point surtax on individual income that is above $5 million.

This is insane, folks. You can’t spend your way out of debt. If we keep this up, we’re bound to suffer a massive economic collapse.

House Democrats are also thinking about boosting the minimum tax on the foregn income of U.S. companies to 16.5% from 10.5%, as well as raising the top capital-gains tax rate to 28.8% from 23.8%.

The significance of the proposals is that House Democrats have until now been vague about their plans to boost taxes as they try not to anger either moderates in the party concerned about the economic impact of increasing taxes or progressives who seek to raise taxes on the rich in order to expand the social safety net.

Committee Chairman Richard Neal has said that providing details for the planned increase in taxes too soon could give too much time for opposition to the proposals to grow.

The proposals, set to be formally unveiled sometime this week, would be a major step forward for Democrats as they attempt to work out their plans for what would likely be the most consequential legislation of the Biden administration.

“Other details in a five-page memo being passed around about the Democrats’ plans include tightening estate tax rules and reducing deductions for some unincorporated businesses, as well as new limits on supersized individual retirement accounts, additional restrictions on deductions companies take for highly compensated employees, and new “wash sale” rules for those who own cryptocurrencies,” Newsmax went on to say in its report.

Andrew Bates, a White House spokesman, went on to heap high praise on the proposals made by Neal, stating that “this meets two core goals that the president laid out at the beginning of this process — it does not raise taxes on Americans earning under $400,000 and it repeals the core elements of the Trump tax giveaways for the wealthy and corporations.”

Bates then went on to add that “the President looks forward to continuing to work with Chairman Neal, as well as the Senate Finance Committee and Chairman Wyden, as we advance the Build Back Better agenda.”