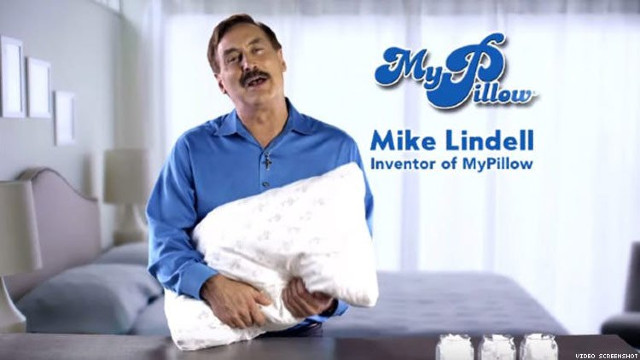 Dominion Voting Systems has now filed a billion-dollar lawsuit against Mike Lindell, an outspoken conservative businessman and CEO of MyPillow, who recently released a documentary that accuses the company of rigging the 2020 presidential election.

Ever since Joe Biden won the presidential race, well, more like he was declared the winner, Lindell has been one of the most outspoken proponents alleging the election was stolen from former President Donald Trump, a scheme largely carried out by Dominion voting machines switching votes from Trump to Biden.

The evidence Lindell cites in his theories, Dominion says in the suit, “was deliberately misrepresented, manufactured, cherry-picked, and sourced from con artists and conspiracy theorists who were judicially determined to be ‘wholly unreliable,'” and they argue that “Lindell knows all of this because Dominion wrote to him multiple times, put him on formal written notice of the facts, and told him that Dominion employees were receiving death threats because of the lies.”

The lawsuit notes that if votes were switched through the voting machines, machine tabulations would be different from the paper ballot count.

“Paper ballots are the hard evidence conclusively disproving Lindell’s claims. If the vote tallies in Dominion machines had been manipulated, the machine tallies would not match the number of votes on the paper ballots. In fact, they do match, as independent audits and hand recounts have repeatedly proven,” the lawsuit said.

The 115-page lawsuit, which seeks $1.3 billion in damages, was filed in the U.S. District Court in the District of Columbia.

“Despite repeated warnings and efforts to share the facts with him, Mr. Lindell has continued to maliciously spread false claims about Dominion, each time giving empty assurances that he would come forward with overwhelming proof,” CEO John Poulos said in a statement that was provided to the Washington Examiner. “These claims have caused irreparable harm to Dominion’s good reputation and threatened the safety of our employees and customers. Moreover, Mr. Lindell’s lies have undermined trust in American democracy and tarnished the hard work of local election officials.”

“No amount of money can repair the damage that’s been done by these lies, which are easily disproved. Hundreds of documented audits and recounts have proven that Dominion machines accurately counted votes. We look forward to proving these facts in a court of law,” he added.

Lindell produced a documentary film that was aired on One America News Network, which is a conservative news network that has also supported the theory that Dominion worked with Democrats to steal the election from Trump.

“Mr. Lindell advertised ‘absolute proof,’ but he delivered absolute nonsense and fake documents sourced from the dark corners of the internet,” Dominion legal counsel Megan Meier, Partner at Clare Locke LLP, revealed in a statement that was given to reporters at the Washington Examiner. “The cartoonish evidence that he offered in his video cannot be reconciled with any level of logic or truth. It would be easy to rack this up as a piece of fiction that is not worth any response — but unfortunately, countless people actually believed it and sent MyPillow some of their hard-earned money as a result. Mike Lindell needs to be held accountable for defaming Dominion and undermining the integrity of our electoral system all the while profiting from it.”

This whole mess is getting out of control. We as the American people just want to know the truth. Was the election stolen by the Democrats? Was voter fraud what shifted the election results? If that is what happened we should know about it. If not, then we should know that too and accept that fact.

The only way to get to the truth is through a vigorous investigation.