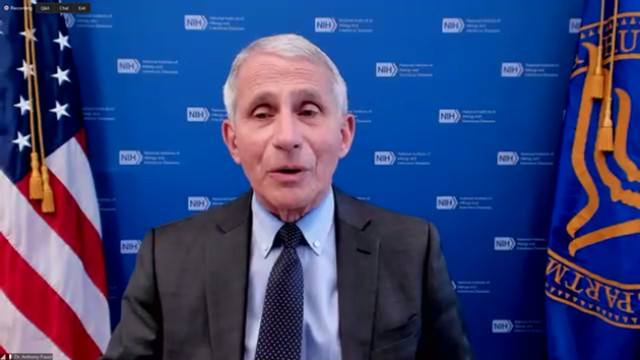 Dr. Anthony Fauci, the same man who once convinced former President Donald Trump to lock down the American people, along with huge chunks of the U.S. economy, has finally admitted that “just about everybody” is going to get COVID-19, including the vaccinated.

That’s what we’ve been saying from the beginning of this mess, folks. The coronavirus is inevitable. And it’s here to stay.

“Omicron, with its extraordinary, unprecedented degree of efficiency of transmissibility, will, ultimately, find just about everybody,” Fauci went on to tell The Center for Strategic & International Studies (CSIS). “Those who have been vaccinated, and vaccinated and boosted, would get exposed. Some, maybe a lot of them, will get infected but will very likely, with some exceptions, do reasonably well in the sense of not having hospitalization and death.”

“Unfortunately, those who are still unvaccinated are going to get the brunt of the severe aspect of this, and although it is less severe on a case-by-case basis, when you quantitatively have so many people who are infected, a fraction of them, even if it’s a small fraction, are going to get seriously ill and are going to die, and that’s the reason why it will challenge our health system,” he remarked.

Fauci had once believed America under Trump could shut down to slow the spread of the COVID-19 pandemic to the point it could remain manageable.

The lockdowns did not have the desired effect and even under the year of vaccinations with President Joe Biden, more Americans have died than under Trump, as Sen. Rand Paul, R-Ky., pointed out to Fauci during Tuesday’s Senate Health Committee hearing.

“It’s hard to process what’s actually happening right now, which is most people are going to get COVID,” Fauci stated on Tuesday, echoing the remarks he made to the CSIS.

Now, Fauci is talking about moving forward with COVID-19 by adopting herd immunity — a suggestion Trump was once criticized for in the media — and therapeutics. Trump had stressed those in his daily coronavirus press briefings, while the Biden administration does not conduct those and leans more heavily on vaccines and mandates.

“As Omicron goes up and comes down, I do hope that we will see a situation where there’ll be enough protection in community, enough drugs available, so that when someone does get infected and is in a high-risk group, it will be very easy to treat that person — be that with Paxlovid or a monoclonal antibody or whatever the drugs are — that we have a combination of good, basic background immunity together with the ability to treat someone who is at risk,” Fauci stated.

Again, we’ve all known this was the true from the get-go.

The real question right now is why anyone should bother with the vaccine? It is clearly ineffective. And there are plenty of unvaccinated people who are getting very mild cases of omicron, so that whole “it keeps you from getting bad ill” junk doesn’t fly.