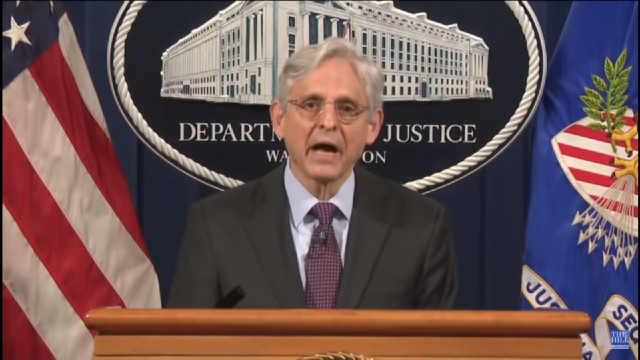 There are now at least 11 state-level school board groups who are now taking action to put some distance between themselves from or coming right out and condemning a National School Boards Association letter addressed to President Joe Biden that has called on the Justice Department to investigate allegations of threats and violence during school board meetings.

Attorney General Merrick Garland put out a memo earlier in the moth where he warned folks of a “disturbing spike in harassment, intimidation, and threats of violence,” against local schools, going on to state that his DOJ would be taking action to “discourage these threats, identify them when they occur, and prosecute them when appropriate.

The NSBA had attempted to make the argument back in September that “the classification of these heinous actions could be the equivalent to a form of domestic terrorism and hate crimes.”

State-level school boards in Florida, Arkansas, Missouri, Montana, North Carolina, and Tennessee have now joined Louisiana and Virginia in criticizing the NSBA’s letter and made it clear they had not been consulted before the letter was sent to Biden. The state school boards in New Hampshire, Texas, and Pennsylvania also have said the NSBA did not reach out to them about the letter beforehand.

The Florida School Boards Association issued a letter this week criticizing the “federal overreach” the national group desired and saying the letter “caused serious concerns, conflict, and consternation for many of our members,” adding that it “unnecessarily distracted from the important work being carried out by our members.”

The group condemned any violence but stressed that “we respect Florida’s open meeting laws, invite disparate beliefs to be shared, and believe hearing from passionate stakeholders is a sign of a healthy community engagement.” It said it hadn’t paid its national dues and was reevaluating its membership in the national group.

An advocacy group known as Parents Defending Education also took action to reach out to school boards across the country.

The Arkansas state school board went on to say, “We disagree with much of the substance of the letter. School board meetings should be a place of communication, discourse and productive decision making for the betterment of students.”

“We were disappointed with the NSBA letter and have clearly expressed our disagreement to them in no uncertain terms. We absolutely and unequivocally believe in the First Amendment rights of parents and all citizens to speak freely and petition their governments. We appreciate the passion parents and others have for Missouri’s schools and the children we are serving. We encourage that passion and must create safe opportunities for voices to be heard,” the Missouri group stated.

A school board group from the state of Tennessee, which is not actually a part of the NSBA, said that it “believes that parental and family involvement in the education of each child is essential to academic success” and lamented that “NSBA’s advocacy efforts are focused more on contentious issues that divide their membership instead of educational issues that should further the mission of their members.”

Republican congressmen and senators, along with a bunch of activists and parent groups, have been questioning whether Garland has a conflict of interest in this issue due to the fact that he has familial connections to a rather blatantly left-wing education company known as Panorama Education, which was co-founded by his son-in-law.