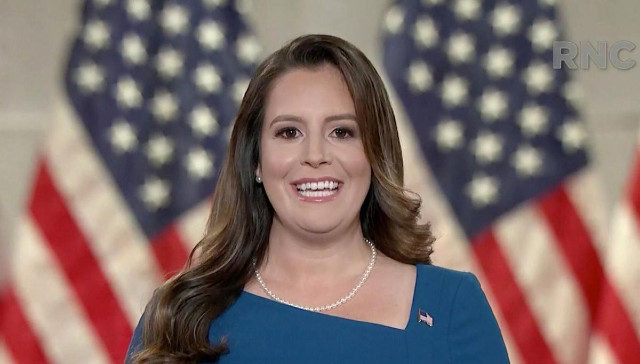 Rep. Elise Stefanik has announced plans to object to the certification of the Electoral College results, joining a fight against voter fraud that now has a very lengthy list of Republicans.

“I plan to object to certain contested electors on January 6,” Stefanik told reporters for the New York Post. “I do not take this action lightly. I am acting to protect our Democratic process.”

Stefanik went on to cite Article II of the Constitution, along with the 12th Amendment, stating that both of these give her an “obligation to act on this matter if I believe the are serious questions with respect to the presidential election.”

“I believe those questions exist,” she added.

Stefanik pointed to irregularities in the results as well as “overreach” from “state officials and judges” as a cause for concern.

Stefanik joins a list of at least 140 congressional Republicans who have signaled their intent to object to certifying Biden’s Electoral College victory.

Both Sens. Ted Cruz and Josh Hawley are currently participating in a similar effort in the Senate where they, along with 10 other Senators have indicated they will not certify the results, demanding an emergency audit of voter fraud claims.

There’s been a lot of division caused in the Republican Party over so many individuals breaking rank to oppose the Electoral College votes. Many of the more establishment folk don’t want to see the fiery, diehard conservatives take the necessary steps to throw a wrench in the election results.

Here’s to hoping these efforts bear fruit in protecting our fair and free elections, and possibly leading to a second term for President Trump.