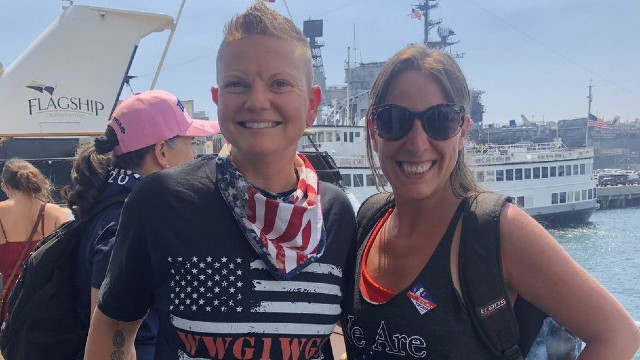 The lawyer who is representing the family of Ashli Babbitt has come out and stated that they are planning to file a lawsuit against the U.S. Capitol Police over the death of their daughter at the hands of one of their law enforcement officers during the siege on the Capitol building back on January 6.

Earlier in the month, the Department of Justice announced there would be no charges filed against the officer involved in the incident. Nor have they released the officer’s name.

“We think the evidence is ample and would support criminal charges against the officer,” said attorney Terry Roberts, who is representing Babbitt’s family. “Clearly the officer had a required willfulness in this case. He clearly could see that she was not armed. She did not present an immediate threat to him and there was no legal justification to shooting her.”

A lot of folks think the reason the DOJ isn’t filing charges against the officer in this shooting is because Babbitt, a former Air Force veteran, was a Trump supporter.

To be honest, it wouldn’t be surprising if that was indeed the motive behind letting this guy off the hook. Especially since many witnesses of the event state that the officer never gave Babbitt any verbal warnings or anything before opening fire on her.

Guess we’ll have to wait and see if any justice at all will be served for Babbitt and her family.