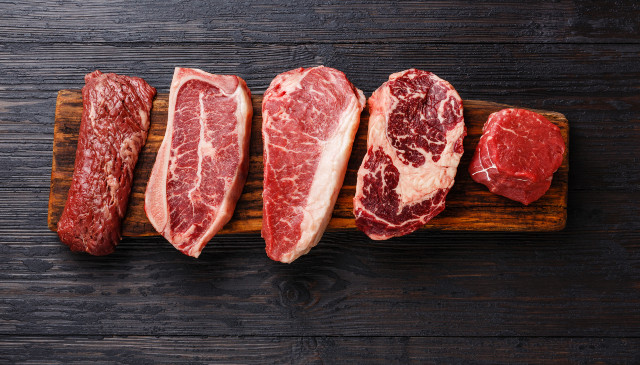 A so-called “food expert” whose “research spans issues from farm to fork,” has stated that Americans absolutely must “dramatically reduce” the consumption of meat and dairy products in order to “avoid the most catastrophic climate change scenarios.”

Is anyone else growing sick and tired of all these climate alarmists trying to basically control every single aspect of our lives? Especially when their advice is based on shoddy science?

Brent Kim of the Johns Hopkins Center for a Livable Future spoke with the Daily Mail and said, “To avoid the most catastrophic climate change scenarios, the evidence is clear that citizens in high-meat consuming countries – such as the United States – need to dramatically reduce their meat and dairy intake. … I’m not talking about banning certain foods or force-feeding anyone broccoli… but our food choices don’t occur within a vacuum. For better or for worse, what Americans choose to eat is heavily influenced by the availability of certain foods in their community, how much they cost, and whether healthy plant-based options are offered in our schools and institutions.”

“These are all factors that are affected, directly or indirectly, by local, state, and federal policy,” he added. “So there is a strong case to be made that when our tax dollars are being used to fund meals at public institutions, for example, people should be given the option of choosing healthy, climate-friendly, plant-based meals.”

Nebraska GOP Governor Pete Ricketts still does want to know what Biden’s plans are for the beef production industry. He told The Daily Mail, “Green New Deal climate activists have put meat production and consumption in the crosshairs. So far President Joe Biden has failed to make clear statements about what his plans mean for agriculture and meat production. It’s time for President Biden to decide whose side he’s on: Radical climate activists or America’s farmers and ranchers.”

In 2019, teen environmental activist Greta Thunberg stated that she told her parents to become vegans, wailing, “I just kept telling them that they were stealing our future and that you cannot stand up for human rights while you are living that lifestyle. And then they decided to do those changes.”

How about I go ahead and eat whatever I want and the rest of the country just simply minds their own business?

Also, maybe the radical left should try doing some actual science to find out the truth about climate change rather than pushing an agenda that always leads to the government having more power and control?