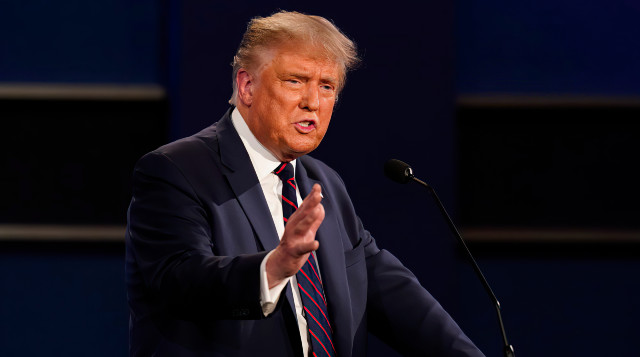 Former President Donald Trump took President Joe Biden to the the woodshed concerning his order to release 50 million barrels of oil from the strategic reserve in order to help lower the cost of energy.

Trump went on to say, in a statement released publicly on Tuesday, “For decades our country’s very important Strategic Oil Reserves were low or virtually empty in that no President wanted to pay the price of filling them up.”

“I filled them up three years ago, right to the top, when oil prices were very low. Those reserves are meant to be used for serious emergencies, like war, and nothing else. Now I understand that Joe Biden will be announcing an ‘attack’ on the newly brimming Strategic Oil Reserves so that he could get the close to record-setting high oil prices artificially lowered,” he added.

“We were energy independent one year ago, now we are at the mercy of OPEC, gasoline is selling for $7 in parts of California, going up all over the country, and they are taking oil from our Strategic Reserves. Is this any way to run a country?” Trump concluded.

To answer Trump’s question, no, this is not the way to run a country.

President Biden has not made one single positive decision for the United States since taking office back in January. Every step he’s taken has been an unmitigated political disaster with real world ramifications that have hurt regular Americans.

Whether its the pipeline stuff he kicked off his administration with, the border crisis, the obscene vaccine mandates, or the Afghanistan troop withdrawal, it’s painfully obvious Biden is not the right man for the job.