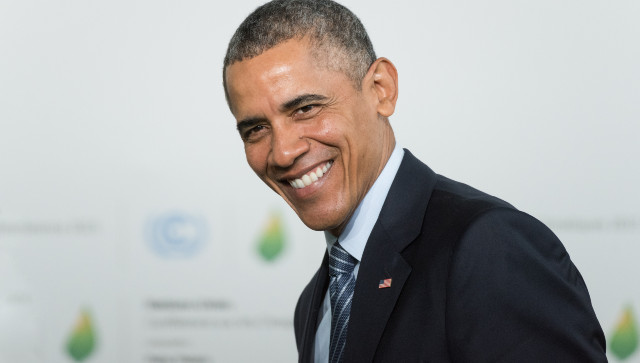 It’s been eight months since former first lady Michelle Obama launched a rather successful podcast that garnered quite a bit of attention and more than a few listeners.

Not one to be outdone due to the deep seeded jealousy that lies at the root of his being, former President Barack Obama, Michelle’s husband, decided he had to get in on the action too. Yes, that’s right, Obama has his own podcast now too.

The show is called Renegades: Born in the USA and features legendary New Jersey rocker Bruce Springsteen as a co-host. You know, the man who was just recently busted for drunk driving and had his Super Bowl car commercial yanked over the whole incident?

Like The Michelle Obama Podcast, which debuted in July 2020, the Obama-Springsteen venture is an exclusive arrangement between Spotify and Higher Ground Productions, the entertainment empire founded by the former First Couple. The first season of the eight-episode series will be sponsored by Comcast and the Dollar Shave Club.

Barack Obama has repeatedly exuded jealousy in response to his wife’s success in the entertainment industry. He was eager, for example, to sell more books than Michelle after her 2018 memoir became the best-selling memoir in history and repeatedly denigrated Michelle’s success by pointing out that “she had a ghostwriter.”

Barack also has a history of associating with drunk drivers. In 2018, for example, he reportedly counseled failed candidate Beto O’Rourke, who was arrested and charged with DWI after reportedly attempting to flee the scene of a wreck he caused. Obama also gave the eulogy at Ted Kennedy’s funeral in 2009.

It’s being said that part of the content is supposed to be aimed at how we can unite as Americans. The leftist version of “unification” means to completely toss out conservative values and join in on the groupthink that is the modern progressive movement.

Legitimate unification, truly healing the political divide between us all, will require finding common ground in our shared human experience along with rediscovering the values we used to hold to as American citizens.

Nothing else will do.