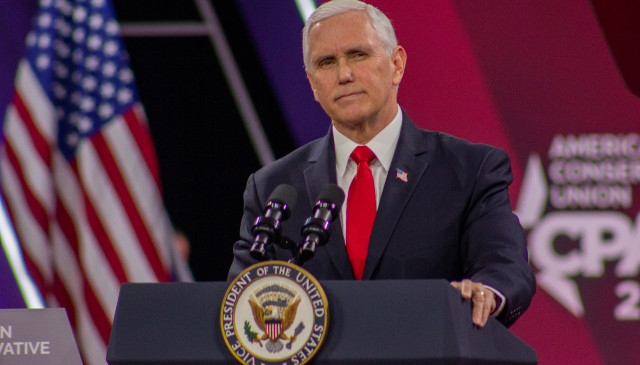 Former Vice President Mike Pence is coming back out into the public eye with the launch of a brand new advocacy group that seeks to take traditional conservatism and Make America Great Again principles and mix them together.

Pence, who might be considering a 2024 presidential bid, is now the chairman of the Advancing American Freedom organization, which will work toward pushing Trump-Pence administration accomplishments while also creating a “winning formula for a broader coalition,” aides told right-leaning media outlet the Washington Examiner.

Former President Donald Trump was supportive of Pence’s new organization, saying, “It was the most successful first term in American history. Nice to see Mike highlighting some of our many achievements!”

Although the relationship between Trump and Pence cooled when the then vice president refused to reverse the 2020 election result unilaterally during the Electoral College certification, it appears the two men have patched up their differences.

Trump even telephoned Pence recently to offer his congratulations over the birth of the former VP’s first grandchild, according to a source familiar with the conversation.

Pence, 61, largely has kept a low profile since leaving office, though he did join the conservative Young America’s Foundation, and took on a role as distinguished fellow at the Heritage Foundation.

“Advancing American Freedom plans to build on the success of the last four years by promoting traditional conservative values and promoting the successful policies of the Trump administration,” the former vice president said in a statement given to the Examiner.

“Conservatives will not stand idly by as the radical left and the new administration attempt to threaten America’s standing as the greatest nation in the world with their destructive policies,” he continued.

The advisory board for the organization includes former Trump White House members Kellyanne Conway and Larry Kudlow, along with former Speaker of the House Newt Gingrich, and Evangelical Christian actor Kirk Cameron.

“I’ve worked alongside Mike Pence for 12 years in an official capacity but have known him for decades,” Conway said, adding, “He has the heart of a servant and the mind of a policy wonk and through this issue advocacy group wants to ensure that the promise of America belongs to each and every one of us.”

It’s not been made clear that Pence will be running for president in 2024, but that seems like the next logical step for him, and might explain why he’s built this organization. We’ll have to wait and see.