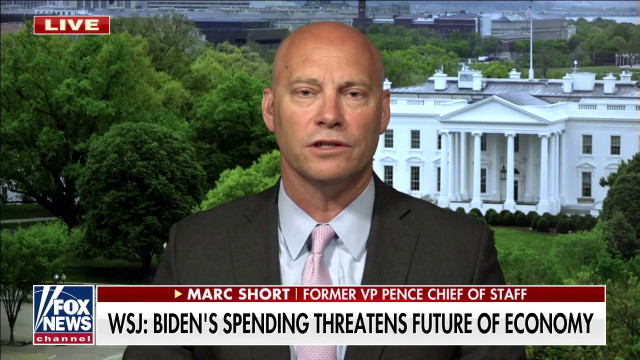 One of former Vice President Mike Pence’s closest advisers, his chief of staff Marc Short, is apparently going to give his full cooperation to the House Jan. 6 Select Committee subpoena that was issued to him, sources told CNN Monday.

Reports say that Short received the subpoena about three weeks ago from the panel which is continuing to investigate the riot that took place on Jan. 6 of this year.

He is expected to have firsthand knowledge of Pence’s actions, movements and communications as protesters at the Capitol sought to interrupt Congress’ certification of Joe Biden’s presidential election win. Some protesters were reported to have been chanting to “hang Mike Pence.”

The Jan. 6 committee is getting “significant cooperation with Team Pence,” a source told CNN, which reported Short was willing to cooperate on a “friendly subpoena.”

Short issued a “no comment” when contacted by CNN. The committee also declined to comment to CNN.

Short has a long history working with Pence, including when Pence was a member of Congress, but he also served as former President Donald Trump’s legislative director for the first year and a half of Trump’s administration.

The Newsmax report says that Short was actually with Pence on Jan. 6 and attended an Oval Office meeting on Jan. 4 with both former President Trump and attorney John Eastman. A discussion was held during that meeting concerning the possibility of delaying the certification of the election amid allegations of voter fraud that had been raised by the Trump camp.

“Trump banned Short from the White House after Jan. 6, according to CNN, as he reportedly sided with Pence’s refusal to submit to Trump’s request to take bold action and probe the fraud claims thoroughly before certifying the election results,” Newsmax reported.