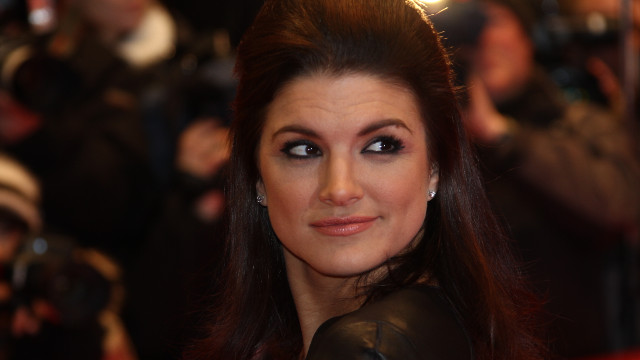 Actress Gina Carano is really starting to make the cancel culture crazed folks over at Disney regret their decision to boot her from their hit series The Mandalorian as she just continues to gain in popularity while the Mouse House is starting to sink a bit.

Carano was given a pink slip from Disney after she shared a message on social media that the PC Police said was “anti-Semitic.” It was actually nothing of the sort. In fact, it was just the opposite.

Essentially, the post compared the current divisive political climate to that of the early stages of Nazi Germany. And, to be fair, it is. Which is absolutely frightening.

What’s more aggravating is that the main star of The Mandalorian, Pedro Pascal, shared a much more brutal Nazi analogy on his social media platform and nothing happened.

Well, Carano recently announced that she would be producing and starring in a film put together by The Daily Wire, stating “They can’t cancel us if we don’t let them.”

And she’s winning even more now as she’s officially taken the number one spot on IMDB’s “Star Rating.”

This week, one of the web’s most dominant film sites ranked Carano as the most popular actress in Hollywood. IMDB.com’s “Star Rating” feature lets users rank the actors they care about the most at any given time.

The ranking often reflects the news cycle and the pervading pop culture sentiment. That explains why legendary actor Christopher Plummer, who died earlier this month at the age of 91, is no. 3 on the list.

The no. 1 spot belongs to Carano, though, something We Got This Covered announced Feb. 17.

The site rates celebrities’ current popularity based on their IMDb profile views every week, and typically those in the top spots are featured in the internet’s latest favorite movies or TV shows. In this case, though, the controversy surrounding Carano has launched her to #1.

This is great news for Carano and for conservatives across the country, especially those who have a passion for storytelling and want to use various mediums in the entertainment industry to help combat the crazed radical leftism that is influencing our culture.

Carano nabbing the number one spot shows that the vast majority of American citizens are anti-cancel culture. We still hold on to the same values of free speech we’ve always loved in this country, despite the best efforts of liberals.

That is definitely a reason to be hopeful about the future.