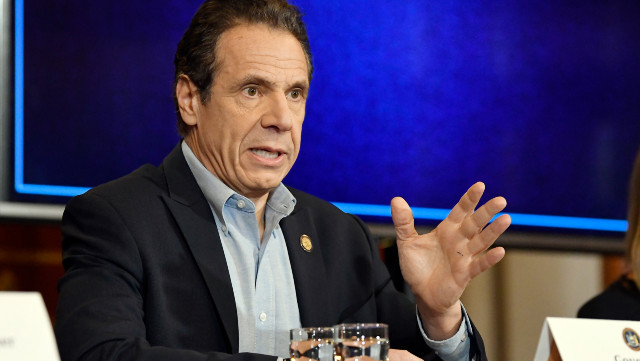 Thousands of fans of the NFL’s Buffalo Bills have signed a petition called, “Ban Andrew Cuomo From Buffalo Bills Stadium playoff games,” which has led to the New York governor reversing his decision to attend the first home playoff game for the Bills.

Cuomo said that he is giving away his ticket for the game to an ECMC nurse.

And yet, despite the fact the vast majority of New Yorkers seem to be displeased with his performance during the coronavirus pandemic, Cuomo still thinks he did a good job. Talk about delusional.

The petition, which had zoomed to over 45,000 signatures by Friday, read, “So Cuomo is going to attend our playoff game after telling us that we can only attend at less than 10% capacity? If he thinks he has more right to a seat in that stadium over people who have waited over 20 years for this opportunity, then people better be there to protest his entry. This is OUR team! This is OUR home. We don’t want you here.”

The petition also showed a T-shirt targeting Cuomo with a link to the product.

On December 30, Cuomo tweeted: “NYS, @NFL and @BuffaloBills have come to an agreement to allow >6,700 fans to attend the first home playoff game. The stadium is outdoors. Every fan must test negative before game, wear a mask & social distance. There will be post-game contact tracing. To Bills fans — be smart.”

NYS, @NFL and @BuffaloBills have come to an agreement to allow ~6,700 fans to attend the first home playoff game.

The stadium is outdoors. Every fan must test negative before game, wear a mask & social distance.

During a press briefing that was held the same day, Cuomo told Kim and Terry Pegula, the owners of the Bills, that he would be taking the COVID-19 test and then join fans at the game, stating, “I’m going to take my test, I’m going ot be out there to watch the game with you, and we look forward to it.”

Well, it doesn’t seem the fans were to into the idea of Cuomo attending the game. Again, this puts on display his utter failure as the governor of this state. The man’s policies led to the deaths of thousands and thousands of people.

He doesn’t deserve to be rewarded for this heinous failure of leadership.