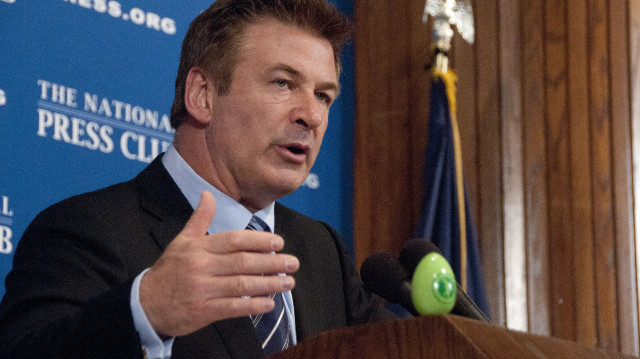 According to a Hollywood gun expert, actor Alec Baldwin was violating one of the most important, foundational rules of handling a gun when he reportedly accidentally shot and killed cinematographer Halyna Hutchins last week.

“Loaded or unloaded, a weapon never gets pointed at another human being,” firearms consultant Bryan Carpenter of Dark Thirty Film Services stated during an interview with The New York Post. “You never let the muzzle of a weapon cover something you don’t intend to destroy.”

“All guns are always loaded. Even if they are not, treat them as if they are,” he continued.

The shooting occurred last Thursday with Baldwin having shot and killed Hutchins and wounding director Joel Souza during filming on the set of “Rust,” a western movie that Baldwin was co-producing as well as starring in, located at the Bonanza Creek Ranch near Santa Fe, New Mexico.

The actor was rehearsing a scene where he points a firearm at a camera when the weapon unexpectedly discharged, according to information contained in a police affidavit.

Peter Lake, a former filmmaker and former member of the U.S. National Shooting Team, said that Baldwin bears the blame for the tragedy.

“The buck stops with Alec Baldwin on every level,” Lake went on to say. “It looks very bad for him. At least the captain of the Titanic had the good sense to go down with the ship.”

Baldwin could be in legal trouble over the shooting, but how much is up for debate and may rely on facts about the incident yet to be uncovered. As attorney Jonathan Turley, a professor at George Washington University Law School, argued in a Fox News op-ed:

If true, Baldwin had little reason as an actor to suspect anything was wrong with the prop. The problem is that Baldwin was not simply an actor. He was also one of the producers on a site that had reportedly experienced prior discharges and complaints about site safety.

New Mexico has a provision that allows “involuntary manslaughter” charges for “the commission of a lawful act which might produce death in an unlawful manner or without due caution and circumspection.” If there was a pattern of neglect, including prior discharges from these prop weapons, the producers could be charged with involuntary manslaughter. Such a charge is a fourth-degree felony in New Mexico, with a penalty of 18 months jail time and up to $5,000 in fines.

“The difficulty for criminal defense attorneys in dealing with such charges is that they do not require “specific intent.” Given prior deaths from prop guns (as with Brandon Lee in the movie “The Crow”), the danger of a fatal mistake was foreseeable. However, such charges are rare and unlikely in this case absent stronger evidence of knowledge or involvement by Baldwin in the preparation or handling of these props,” the report said.

On Friday, the day after the shooting, Baldwin put out a statement through the social media account of his charity, the Hilaria and Alec Baldwin Foundation, saying, “There are no words to convey my shock and sadness regarding the tragic accident that took the life of Halyna Hutchins, a wife, mother and deeply admired colleague of ours. I’m fully cooperating with the police investigation to address how this tragedy occurred and I am in touch with her husband, offering my support to him and his family. My heart is broken for her husband, their son, and all who knew and loved Halyna.”

This is truly a tragedy. If Baldwin really is responsible for this awful event, then let’s hope he’s held accountable for his actions.