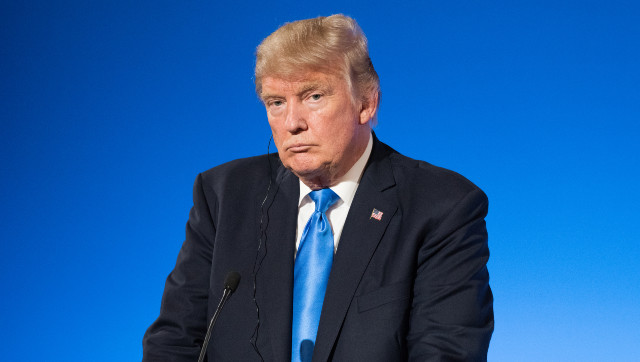 House Democrats have now released a single article of impeachment that they plan on filing against President Donald Trump on Monday for allegedly inciting what they are calling an “insurrection” last week when a riot broke out at the U.S. Capitol building after a rally held by the commander-in-chief.

The article states that during the rally, the president “willfully made statements that encouraged — and foreseeably resulted in — imminent lawless action at the Capitol. Incited by President Trump, a mob unlawfully breached the Capitol, injured law enforcement personnel, interfered with the Joint Session’s solemn constitutional duty to certify the election results, and engaged in violent, deadly, destructive, and seditious acts.”

“President Trump’s conduct on January 6, 2021 was consistent with his prior efforts to subvert and obstruct the certification of the results of the 2020 presidential election,” the article of impeachment stated. “Those prior efforts include, but are not limited to, a phone call on January 2, 2021, in which President Trump urged Georgia Secretary of State Brad Raffensperger to ‘find’ enough votes to overturn the Georgia presidential election results and threatened Mr. Raffensperger if he failed to do so.”

“In all of this, President Trump gravely endangered the security of the United States and its institutions of government,” the document stated. “He threatened the integrity of the democratic system, interfered with the peaceful transition of power, and imperiled a coordinate branch of government. He thereby betrayed his trust as President, to the manifest injury of the people of the United States.”

“Werefore President Trump, by such conduct, has demonstrated that he will remain a threat to national security, democracy, and the Constitution if allowed to remain in office, and has acted in a manner grossly incompatible with self-governance and the rule of law,” the article of impeachment concluded. “President Trump thus warrants impeachment and trial, removal from office, and disqualification to hold and enjoy any office of honor, trust, or profit under the United States.”

The article is due to be introduced at 11 a.m. when the House goes into session for the day. According to reports from other news outlets, the Democrats are planning to hold a vote on the article of impeachment sometime this week.

If the vote is successful, President Donald Trump will be the first president in American history to be impeached twice.

This whole thing is about ensuring that President Trump won’t be able to run for office again in 2024. That is the greatest fear of the left. And there’s no doubt in my mind Trump was planning ahead for 2024.