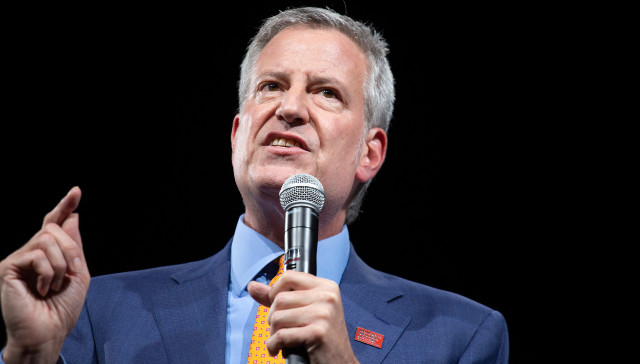 Politico  published a report on Wednesday that revealed the last barrier that stood between a bill in New York City that would enable noncitizens the right to vote in local elections has now been removed, as Mayor Bill de Blasio, whose term will be up at the beginning of the new year, stated he would not veto the legislation if the city council does vote it through before he leaves office.

That’s right, folks. Noncitizens living in the city of New York will be able to legally vote in local elections and have a say in the policies that shape and guide one of the most important and influential cultural centers in the world.

And from the way it looks, the passage of the bill next month is looking like a done deal, as the council announced Tuesday that a supermajority of supporters of the legislation which is all set to be voted on Dec. 9.

The legislation wouldpermit legal permanent residents or those legally authorized to work in the United States who have lived in New York City for at least 30 consecutive days — some 800,000 people — to vote in city elections, according to NY1.

This would include elections for mayor, comptroller, public advocate, borough president, city council, and any city ballot initiative, although it would not affect state or federal elections.

New York would be the largest city in the country to pass such a bill, although smaller towns in Maryland and Vermont already allow noncitizens some local voting rights, Politico reported. Additional cities in California, Maine, Illinois, and Massachusetts are considering similar legislation.

Other states in the country have decided this is a horrifically bad idea — and it is — which is why Alabama, Colorado, and Florida have decided to pass ballot measures that ensure only citizens of the United States can actually vote.

Mayor-elect Eric Adams stated that he supports the legislation, going on to tell the New York Daily News earlier in the year that “We cannot be a beacon to the world and continue to attract the global talent, energy, and entrepreneurship that has allowed our city to thrive for centuries if we do not give immigrants a vote in how this city is run and what our priorities are for the future.”

However, de Blasio stated during a news conference held on Tuesday that he was only made aware of the council’s desire to bring the bill up for a vote before the end of the year recently.

“This is something the council has decided to do,” he went on to say. “It’s a democracy — certainly not something I’d be intending to veto, but it’s also not something I’m sure is the right way to go about this.”