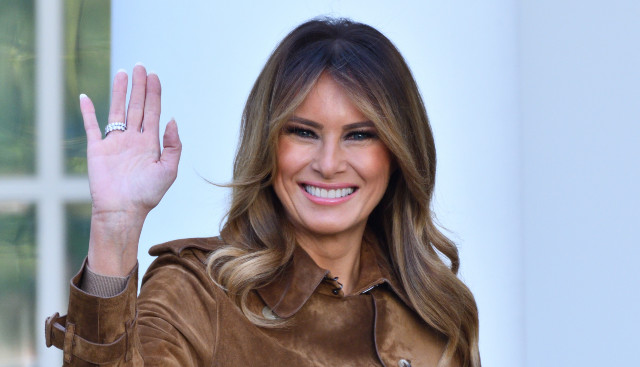 After almost a week of being silent in the wake of the riot at the Capitol building, First Lady Melania Trump spoke out on Monday condemning the group of alleged Trump supporters responsible for the mess, saying she was “disappointed and disheartened” by all of the violence and destruction.

“I am disappointed and disheartened with what happened last week,” Melania said in her statement released by the White House on Monday morning, adding: “Our Nation must heal in a civil manner. Make no mistake about it, I absolutely condemn the violence that has occurred on our Nation’s Capitol. Violence is never acceptable.”

The deadly riots unfolded on Wednesday after a rally to support President Trump — during which he repeatedly said the election was stolen and urged his followers “to fight.” After the speech, the crowd descended into a mob that stormed the Capitol during the certification of the Electoral College vote. The crowd ransacked the building and forced staff, reporters and lawmakers, including Vice President Mike Pence, to shelter in place in both the House and Senate.

Five, including a U.S. Capitol Police officer, died. Another police officer involved in the Capitol’s defense died while off duty in the days following the attack, officials said.

“I pray for their families comfort and strength during this difficult time,” the first lady said.

House Democrats plan to push ahead with a second impeachment this week if Pence won’t invoke the 25th Amendment, though Senate Majority Leader Mitch McConnell, a Republican, has said a trial in the upper chamber would not begin before President-elect Joe Biden is inaugurated on Jan. 20. Several Republican lawmakers have indicated they support Trump’s immediate departure, with Sen. Pat Toomey — once a staunch supporter of the president — saying his resignation “as soon as possible” would be best for the country.

Mrs. Trump has stayed silent for the most part when it comes to the claims President Trump has made concerning voter fraud and has not released any sort of statement congratulating Biden on his win.

Melania did say that it “has been the honor of my life to serve as your first lady.”

“I want to thank the millions of Americans who supported my husband and me over the past 4 years and shown the incredible impact of the American spirit,” the first lady said. “I am grateful to you all for letting me serve you on platforms which are dear to me.”

She then criticized the “salacious gossip, unwarranted personal attacks, and false misleading accusations on me – from people who are looking to be relevant and have an agenda,” which seems to be referring to a report from the fake news experts of the world, CNN, that cites a source who stated that the first lady had been overseeing a photoshoot when the riots broke out.

“This time is solely about healing our country and its citizens,” she stated. “It should not be used for personal gain.”