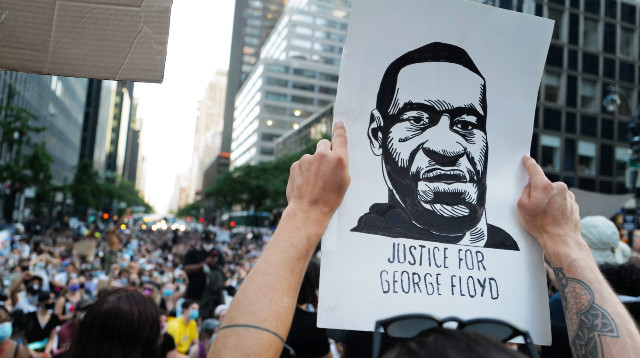 Minnesota Attorney General Keith Ellison recently conducted an interview with 60 Minutes where he stated there was no evidence that the death of George Floyd at the hands of Minneapolis police officers had anything to do with race.

This is going to make radical left-wing race baiters lose their minds. You can almost hear the calls to cancel or remove Ellison from his position right now.

Ellison’s comments come just as Minneapolis police officer Derek Chauvin was found guilty of causing Floyd’s death. In fact, Ellison says there’s nothing in this particular case that indicates it was a “hate crime” or in any way related to racial bias.

“I wouldn’t call it that because hate crimes are crimes where there’s an explicit motive and of bias,” Ellison said. “We don’t have any evidence that Derek Chauvin factored in George Floyd’s race as he did what he did.”

This was the same conclusion reached by former U.S. Attorney General William Barr.

“I think the narrative that the police are on some, you know, epidemic of shooting unarmed black men is simply a false narrative and also the narrative that that’s based on race,” Barr said a month ago. “The fact of the matter is very rare for an unarmed African American to be shot by a white police officer.”

Ellison, a former Democratic representative to the U.S. Congress, expressed a degree of sympathy for Chauvin, reminding everyone that “he’s a human being.”

“I’m not in any way wavering from my responsibility,” Ellison said. “But I hope we never forget that people who are defendants in our criminal justice system, that they’re human beings. They’re people.”

The actual motivation behind the death of George Floyd doesn’t matter. The left needed someone to take the flaw to validate their claims of being fighters against racism. Chauvin is that guy.