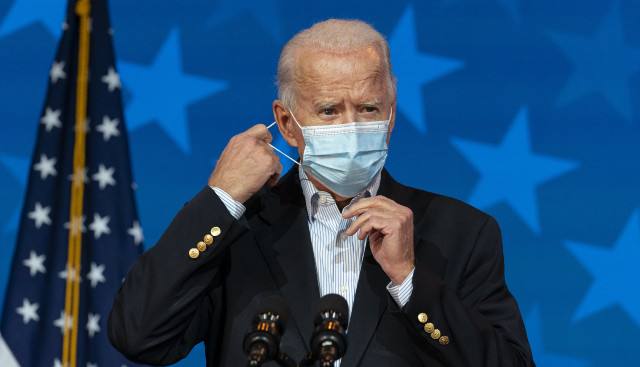 A brand new poll reveals that the vast majority of voters in the United States think that President Joe Biden does not have the “constitutional authority” to create a vaccine mandate for workers and are afraid that it will set a very dangerous precedent for future abuses.

They’re not wrong, folks. If you are foolish enough to give the government an inch, they will most certainly take a mile. And then some.

A new survey concerning the controversial action being taken by the president reveals that 58.6 percent stated that Biden does not possess the authority to require folks to take a vaccine if they work or own businesses with 100 employees or more, with 55.5 percent believing that such a move sets the nation up for future abuses of authority by the executive branch. 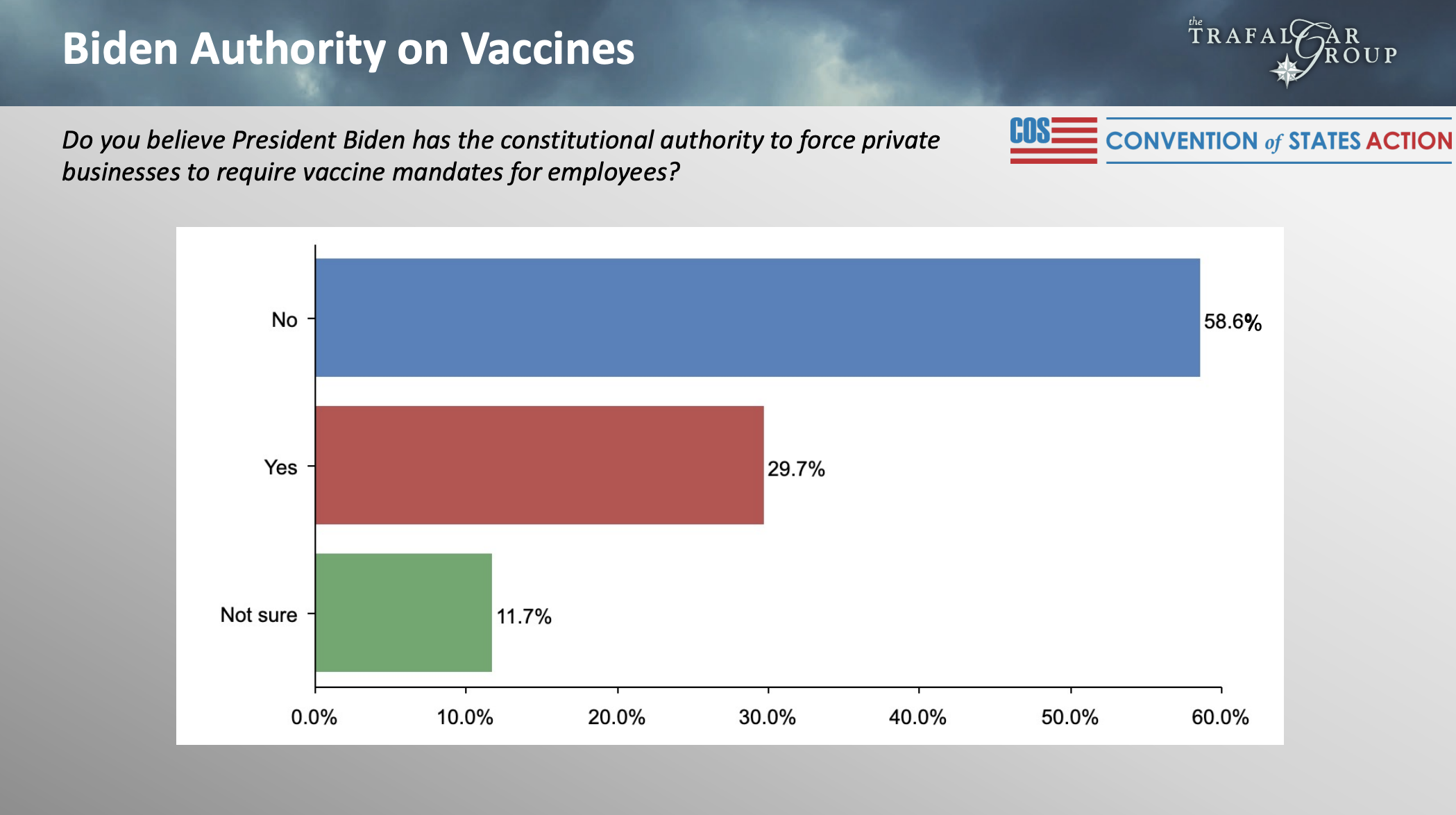 By a margin of 56% to 40%, voters support the moves by governors over the past week to block Biden’s ruling.

“The numbers are clear, the American people passionately oppose Biden’s vaccine mandate, and will not tolerate a president elected by the people acting like a dictator or king,” Mark Meckler, president of Convention of States Action, went on to say when sharing the results with Secrets. 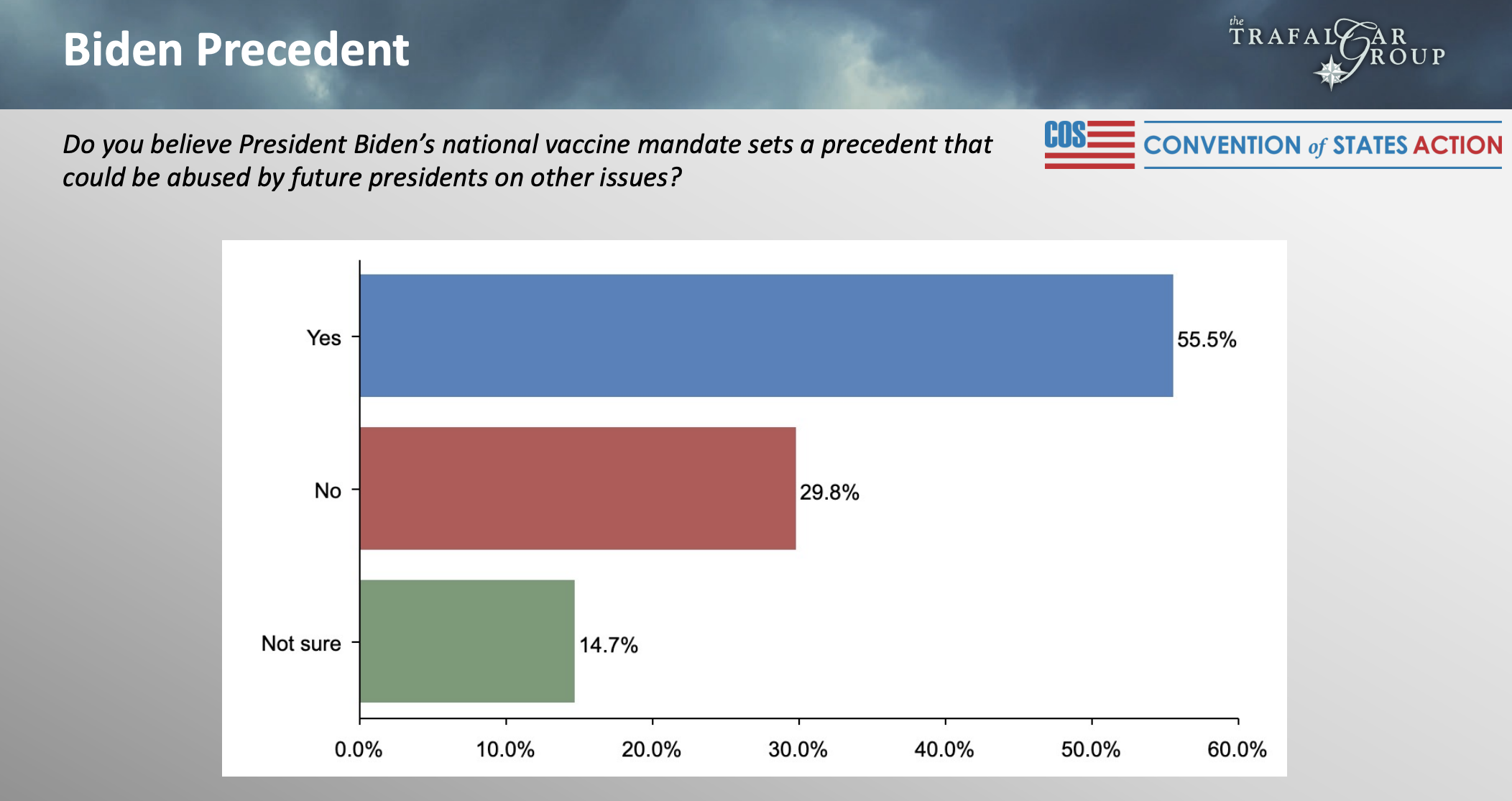 “Our citizens stand squarely with courageous, principled governors who know this isn’t about health, science, or compassion. It’s a naked political power grab,” he continued. 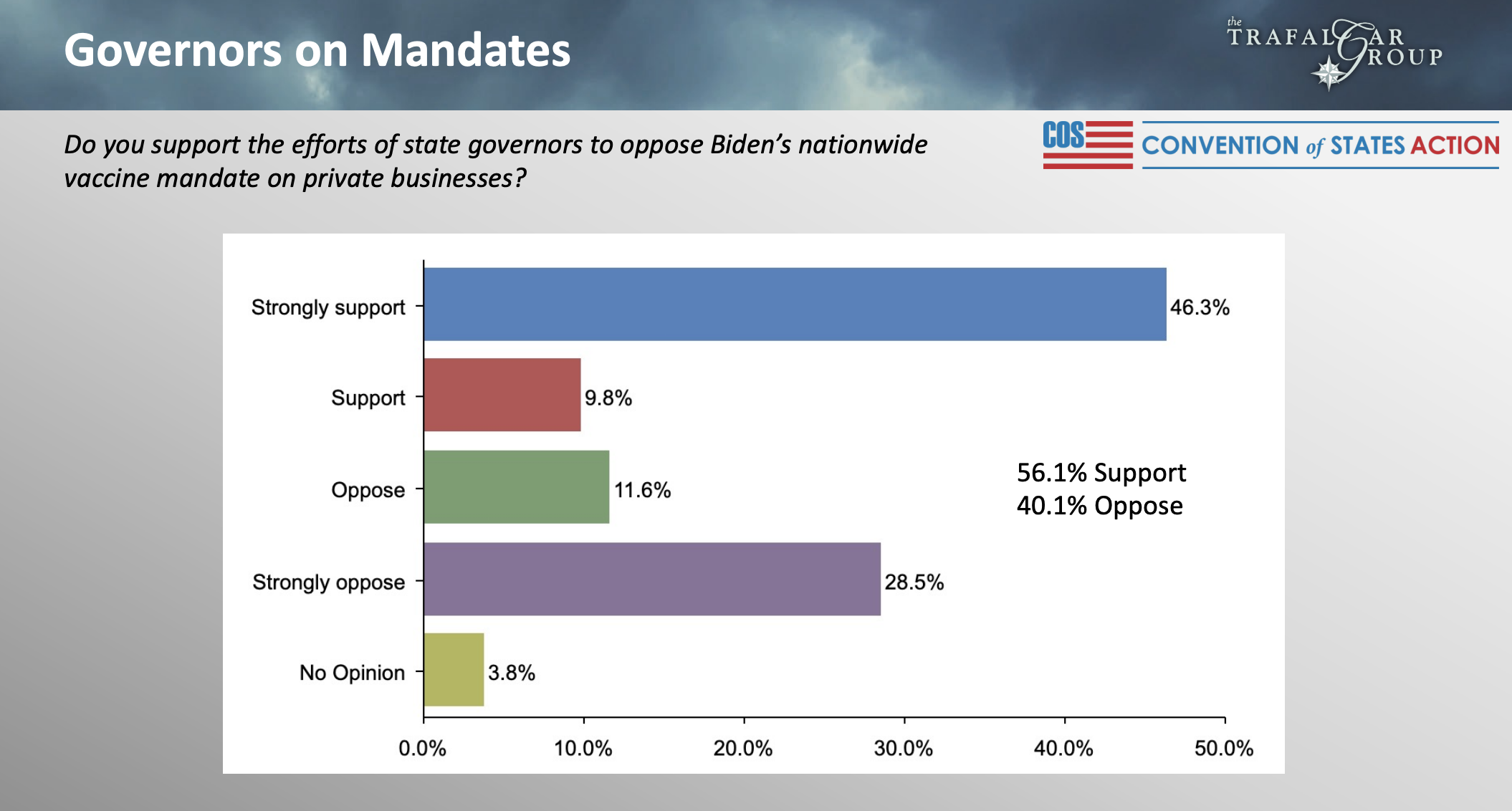 These folks are absolutely right. Joe Biden does not have the constitutional authority to create a federal mandate for all companies and businesses with 100 employees or more to take the vaccine. The Constitution doesn’t grant that power to the federal government.

No doubt that’s going to make Biden very angry, but tough toenails. The Constitution is the law of the land, not his administration.