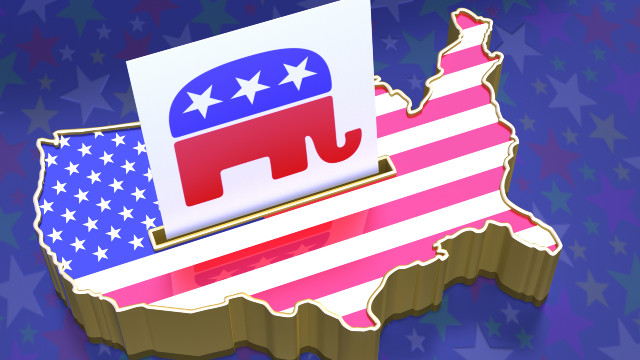 A new poll that was put on display during the most recent edition of NBC News program “Meet The Press” revealed that there has been a major shift in the demographics of political parties here in the U.S. The data from this poll says that the Republican Party is gaining a lot of traction with blue collar workers across the country.

Chuck Todd, host of “Meet The Press,” noted during the program that “both parties are undergoing massive changes in who their voters are.” According to the folks at NBC,  “one massive shift is coming in employment: the kinds of jobs Democrats and Republicans hold. There are signs across racial and ethnic demographic groups that Republicans are becoming the party of blue-collar Americans and the change is happening quickly.”

Over the last 10 years, the percentage of “blue-collar voters” who describe themselves as Republicans grew by 12 points, while at the same time, the number in that group who identify as Democrat went down eight points.

The number of “white-collar voters” has remained mostly the same with a small increase for Democrats (one point) and a slight decrease for Republicans (one point).

NBC News reports that this might lead to a shift in policy proposals of the GOP. “Some signs of what this change could mean became visible just after the election when Republican voters aligned with former President Donald Trump called for larger Covid-19 relief payments from the government. A larger cash payout is not a policy choice one would normally associate with Republicans.”

A big shift has come from the Hispanic blue collar community with the GOP seeing a 13 point increase in this demographic, which is slightly higher than the white blue-collar numbers.

NBC says, “For years the assumption has been that the Democrats had an inside track to winning the Hispanic vote, but maybe that’s less true than had been believed, especially among blue-collar Hispanics.”

Black blue-collar workers have also increased from 5 percent up to 12 percent in the last 10 years.

“The two parties are trading places to a certain extent. As Democrats make gains in traditionally Republican suburbs, Republicans are picking off blue-collar voters who used to call themselves ‘Democrats.’” Chuck Todd said before adding, “Increasingly, the current Republican Party is looking more and more like the Democratic Party of the mid-20th century. Think ’50s and ’60s.”