With a majority of likely voters now starting to believe that President Joe Biden is “incompetent,” there is a growing majority of folks in our country that want him to take a cognitive test and then have the results released to the general public.

A new survey from McLaughlin & Associates  revealed that 59 percent stated they wanted the president to take this cognitive test and publish the results, while 33 percent said no.

The poll was released as Biden, who turns 79 tomorrow, was set for his first physical as president at Walter Reed National Military Medical Center Friday. It is unclear if he will take a cognitive test. 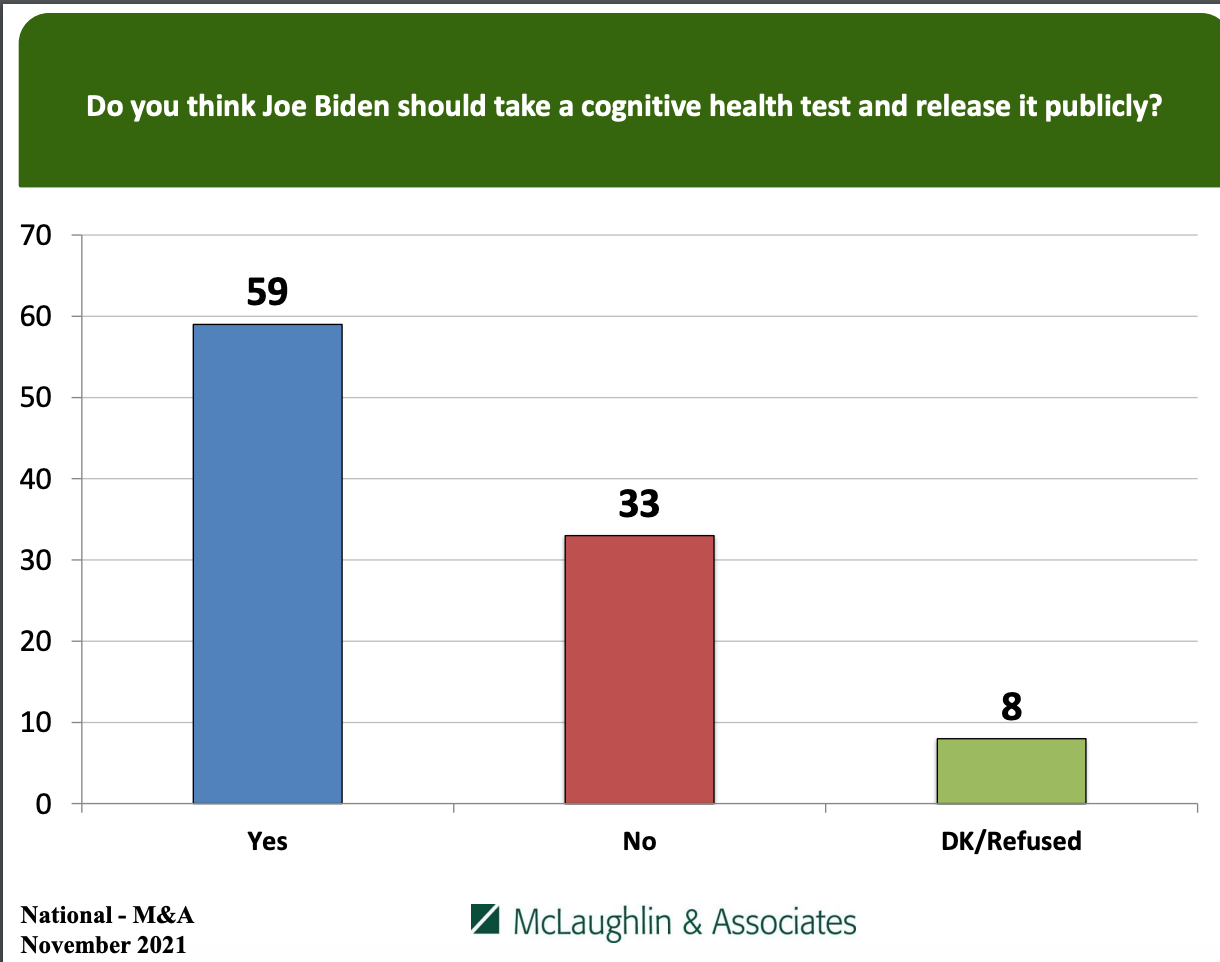 Former President Donald Trump famously took the test and released the results to quiet critics who believed he was in over his head — as a majority now feel about Biden. 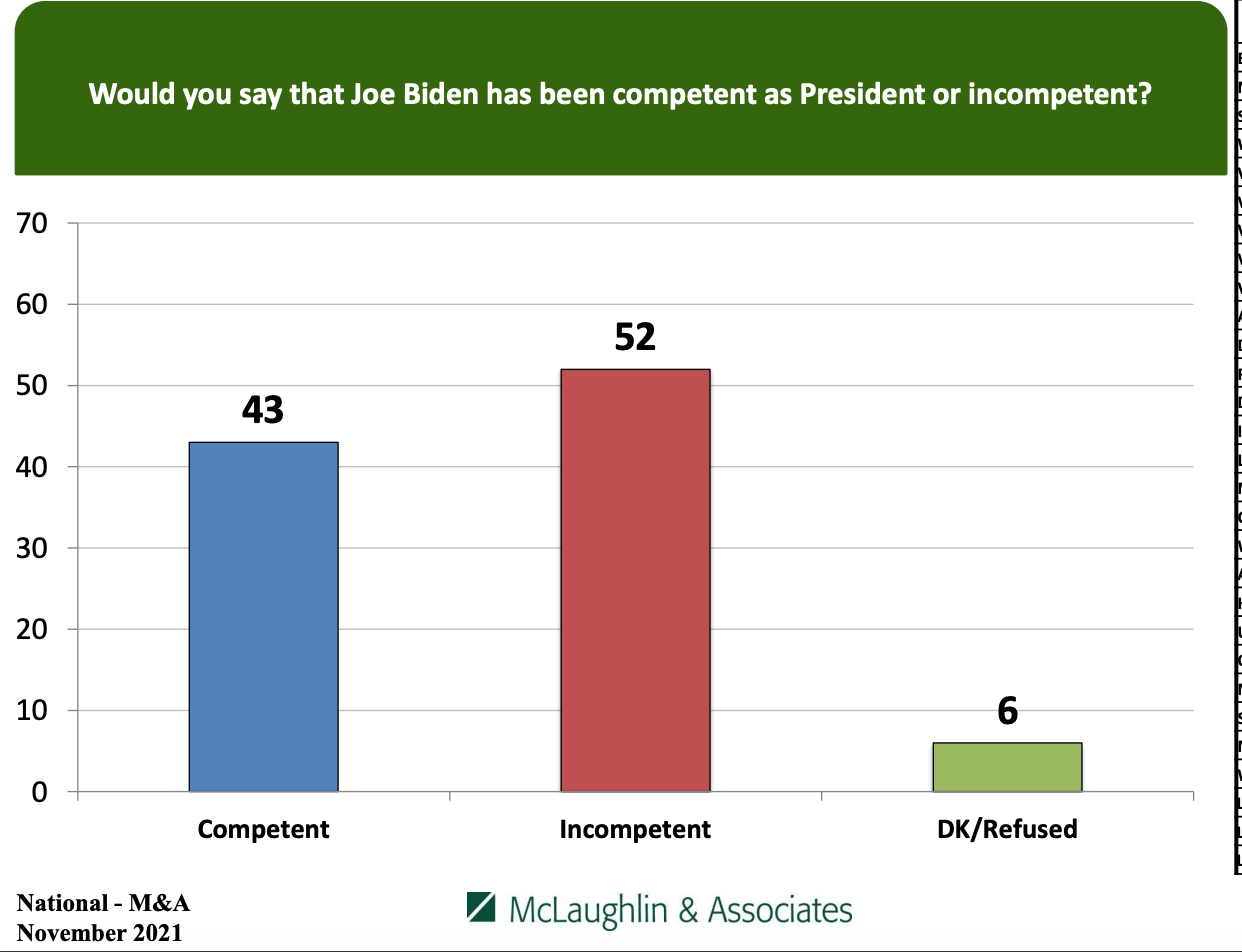 The new survey also said that more voters feel Biden is incompetent by a margin of 52% to 43%. And 59% are now worried about the future of the country.

These numbers aren’t good news for Vice President Kamala Harris, who is going to be, very briefly, the acting president of the country on Friday as Biden undergoes a colonoscopy.

McLaughlin went on to say that 55 percent of voters view the vice president unfavorably compared to 40 percent who view her favorably.