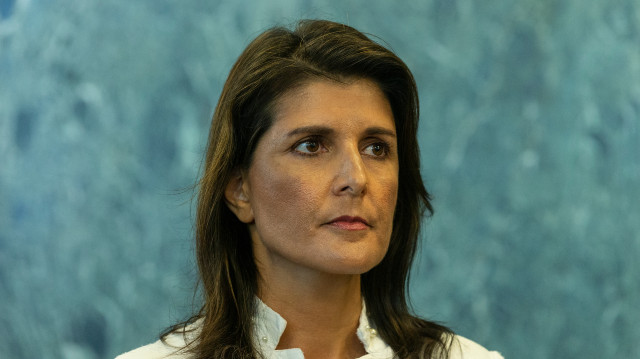 A new report is claiming that former President Donald Trump rejected a request from former United Nations ambassador Nikki Haley to have a meeting with him after she went on the warpath against him in a recent interview with Politico.

Haley, who served in the Trump administration for two years, reached out to Trump on Wednesday to ask for a sit-down meeting at Mar-a-Lago but was turned down.

The negative comments that Haley made about Trump had to do with her believing he was responsible for stirring folks up ahead of the January 6 riots at the Capitol building.

Many folks believe that the comments were made because the former U.N. ambassador is trying to position herself for a 2024 presidential bid.

The former South Carolina governor appeared to acknowledge the criticism she received over the interview in a Wall Street Journal op-ed where she accused the media of trying to “stoke a nonstop Republican Civil War” by reporting on Republicans who disagree with the president.

Trump’s Mar-a-Lago office did not immediately respond to a request for comment from the Washington Examiner.

It looks like, from this angle, Haley is attempting to play both sides of the fence. She wants to say and do things that please the establishment by slamming Trump, but then trying to get on his good side so she can have at least a little support from him in order to gain favor with his base.

However, she’s pretty horrible at this political game, so perhaps she ought to just quit while she’s ahead and pick which side she wants to court.