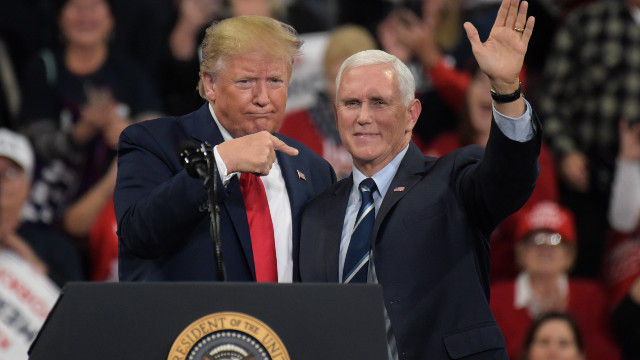 New reports are saying that a truce of sorts have begun to emerge between Vice President Mike Pence and President Donald Trump in the first talk they have had since the riot broke out at the Capitol building.

Several media outlets have cited a senior administration official who said that they had a “good” conversation on Monday evening in the Oval Office. This suggests that the two leaders of the United States might have made amends. At least for now.

President Trump had criticized Pence for not contesting the Electoral College results, saying he lacked courage.

Pence was presiding over a joint session of Congress when lawmakers, working to affirm President-elect Joe Biden’s victory in the 2020 election, evacuated and took shelter for hours on Wednesday as hundreds of people broke past law enforcement into the building after Trump urged a crowd at a nearby “Stop the Steal” rally to march to the U.S. Capitol. Hours later, just before 4 a.m., Pence read the final Electoral College vote tally, after which Trump committed to an “orderly transition” of power.

The official said Trump and Pence agreed to continue working for the “remainder of their term,” indicating that Pence will not pursue invoking the 25th Amendment to remove Trump from office despite pressure from congressional Democrats.

Still, an impeachment resolution was introduced on Monday that charges Trump with “incitement of insurrection,” and Democrats say a vote will take place on Wednesday.

A lot of folks are still torn over Pence’s decision not to contest the results. Many think, like Trump, that his lack of support reveals he lacks a spine. Others feel he was just doing his job and going by the Constitution.

Regardless, it’s great to see these two starting to work out their differences on this issue. Right now, with the House Democrats trying to impeach Trump, the two of them need to stand united.