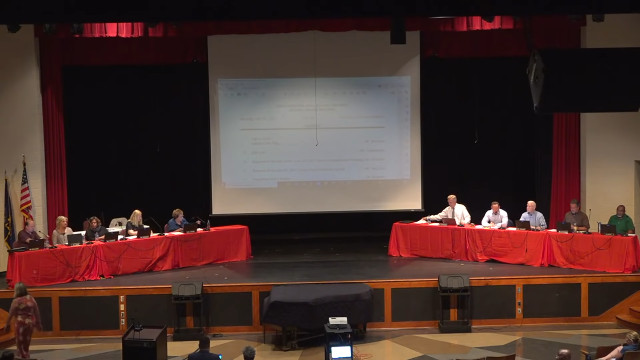 A Pennsylvania school board president is now facing calls to resign from his post after he cut off an Iranian mother who recently took a stand against critical race theory at a board meeting.

Anita Edgarian, who is an immigrant and also a mother of three children, attempted to ask if teachers were being taught CRT, but was cut off by West Chester Area School Board President Chris McCune.

McCune was apparently heard saying, “Anita, you’re at time.” Edgarian then replied, “No, no.”

On the video footage, McCune can be seen approaching Edgarian while she’s standing at the podium, taking away her microphone, and then telling her to leave the meeting.

“This is shameful,” McCune said as he returned to the stage. “We’ve had a respectful meeting up until you. You bombarded up there, and now you want to monopolize the meeting. Not happening. You’re gone.”

Officers then escorted Edgarian out of the auditorium, but not before she was heard screaming, “Why did you say you cannot teach history without CRT?”

Critical race theory is a doctrine that argues historical patterns of racism are ingrained in America’s history, laws, and institutions and that the legacies of racism still create an uneven playing field for people of color. Though CRT has been around for decades, it has recently become a cultural flashpoint that takes aim at white privilege in the United States and has pitted parents against educators across the country.

The Republican Committee of Chester County has since called for McCune to resign from his post.

The GOP committee referred to McCune’s actions as “reprehensible” although it did acknowledge that Edgarian did indeed go over the two minute time limit, it also pointed out that plenty of other people at the meeting did too, but they were not booted from the meeting.

The committee then compared the actions taken by McCune akin to that of a bully and then accused him of being “unable to control his anger.” They also accuse him of using his power to intimidate Edgarian.

“Since when do policemen haul off parents for exercising their 1st Amendment right of free speech?” the committee went on to ask in their response to the incident. “Shouldn’t she be allowed to return to her seat instead of being turned out of the building?”

Resident Bernice Harvey penned an opinion piece that was published in the Daily Local News, in which she said that McCune “is not fit to serve in any capacity and should be made to resign immediately.”

“His bullying and outrageous behavior is totally and completely unacceptable. He must be removed from this post. If the WCASD cannot clean its own house, voters have a chance to do that on November 2 since Mr. McCune is on the ballot,” she continued.

“The board’s real problem was their inability to face an angry parent,” Richard Derespina wrote in a comment on the Chester County GOP Facebook page. “This will happen more and more as public schools align with changing administration’s political policies. If they’re going to do it in a mature and transparent way, which these meetings are designed for they need to be able to answer and more tactfully handle those taxpayers in the community, who their positions exist through.”

McCune was elected to a four-year term back in November of 2012 and was then reelected. He has been the president since 2017.