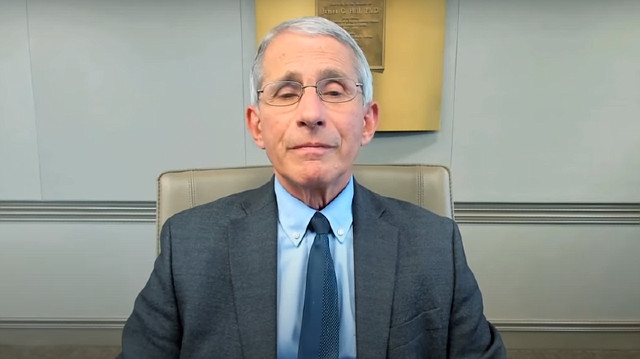 According to former President Donald Trump adviser Peter Navarro, Dr. Anthony Fauci orchestrated a coverup to hide the true origins of the coronavirus, a comment me made during an appearance on the Newsmax program, “Cortes & Pellegrino.”

Navarro stated that Fauci lied to the American people concerning the gain-of-function research that was going on at the Wuhan Institute of Virology, going on to say that the country’s leading infectious disease expert has been pushing it since 2011. The National Institutes of Health has also been providing funding for the research being done.

Navarro added that in February 2020, only he and Senator Tom Cotton, R-Ark., were sure the virus came from a lab, as opposed to from a Chinese wet market. All they got was criticism.

Fauci was part of the coverup to “try to shut me and Cotton up,” said Navarro. He continued that Fauci denied the possible lab-origin of the virus at press briefings and lied to the American people when “he knew it probably did [come from the lab]. And then he actually orchestrated a coverup. We know now from the emails that the scientists who said that thing was genetically engineered and from the lab, he [Fauci] actually recruited them to say just the opposite.”

When asked about reports that Trump wanted a commission on the virus and what it would’ve accomplished, Navarro responded that it would have uncovered the origin of the virus, estimated the damages, and saw how China was using the pandemic to advance its own geopolitical agenda in places like Hong Kong. That idea “just got away,” Navarro said.

“It’s an idea which, to this day, should be done because we can’t move forward until we get to the bottom of this,” Navarro went on to add, stating that Fauci should be questioned on Capitol Hill.