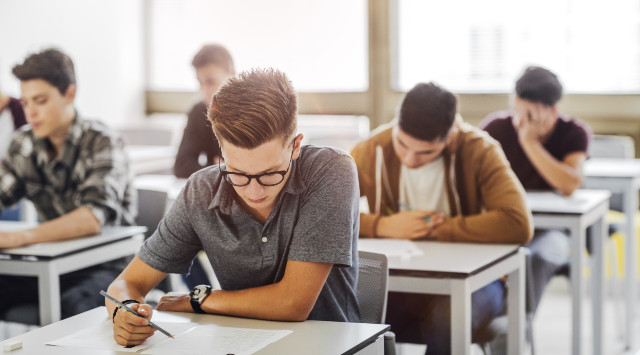 American Federation of Teachers President Randi Weingarten recently went on a tear against Jewish parents for wanting to see schools open and their children receive an education in the classroom rather than online.

Weingarten conducted a phone interview in which she spoke with the Jewish Telegraphic Agency, in which she, a Jewish woman married to liberal Rabbi Sharon Kleinbaum, stated that American Jews who want to reopen schools are making a “privileged argument” over teachers who are afraid to teach in the classroom due to fears of catching COVID-19.

The Jewish Telegraph Agency asked Weingarten about the power of teachers unions to influence public policy. The unions have become outspoken critics of opening schools and in cities such as Los Angeles are the main hurdle to restarting in-person learning. Weingarten used the question to launch into the American Jewish community:

I have a very pointed response here for Jews making this argument.

American Jews are now part of the ownership class. Jews were immigrants from somewhere else. And they needed the right to have public education. And they needed power to have enough income and wealth for their families that they could put their kids through college and their kids could do better than they have done. Both economic opportunity through the labor movement and an educational opportunity through public education were key for Jews to go from the working class to the ownership class.

What I hear when I hear that question is that those who are in the ownership class now want to take that ladder of opportunity away from those who do not have it. Am I saying that everything we do is right? No. Are people in Los Angeles fearful? Yes.

One in three people have had COVID in L.A. The disease has significantly hurt Black and brown communities, many of whom are in the leadership of UTLA (United Teachers Los Angeles, the main teachers union). You have to meet fear with facts, just like you have to do about vaccine hesitancy. And that’s what’s happening right now, just like it’s happening all across the country. It had to happen in Chicago, it had to happen in Philly, it had to happen in Cleveland. And so we need to actually have this roadmap that works, working together, and talking to people about how we overcome this. And this is what I see in my union.

“We just did a poll at the beginning of February: 88% of my members nationally — paraprofessionals and teachers — said that they were in favor of the AFT plan to reopen in-person learning with the mitigation strategies, the testing and vaccine access,” Weingarten said.

“And 85% would feel comfortable being in school with that plan, including 73% of people who were still virtual. That gives you a sense of where teachers are. They’re scared. Seventy-one percent in the same poll said they were scared about bringing COVID home to their family. So we have to meet fear with facts. I wish we had 1/100th of the power the right wing attributes to us. We’d do a heck of a lot better job in actually educating our kids and focusing on excellence and equity,” she continued.

These teachers unions across the country have been taking full advantage of the coronavirus pandemic, using fear of the virus as a bargaining chip to help get more benefits for members, such as free child care. That’s what’s been happening in California.

Unions are using our children as a tool to increase pay and benefits, caring very little about the quality of education future generations of Americans receive. This should tell you all you need to know about why unions are a horrible idea.