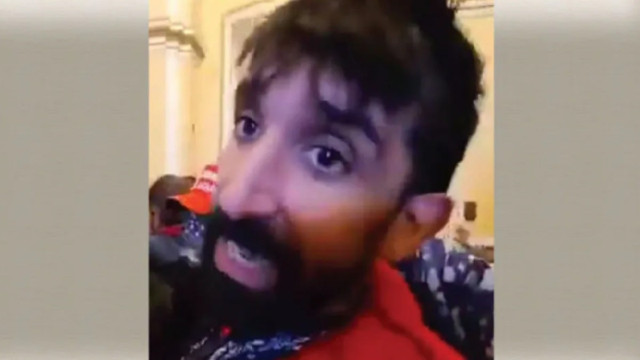 A Pennsylvania man who was waiting for sentencing after he pleaded guilty to entering the Capitol building during the riots on Jan. 6, 2021, passed away on Friday by suicide.

Matthew Perna pleaded guilty to the charges he faced back on December 9 of last year. He apparently entered the Capitol and remained there for a total of 20 minutes during the riot.

However, it’s important to note Perna was not charged with any acts of violence or destruction of property.

“He attended the rally on January 6, 2021, to peacefully stand up for his beliefs. After learning that the FBI was looking for him, he immediately turned himself in,” the obituary goes on to say. “He entered the Capitol through a previously opened door (he did not break in as was reported) where he was ushered in by police. He didn’t break, touch, or steal anything. He did not harm anyone, as he stayed within the velvet ropes taking pictures.”

Perna was set to be sentenced in early March, but prosecutors motioned on Feb. 11 to delay his sentencing to April 1 to give them more time to ensure that all Jan. 6 defendants facing similar charges are “treated in the same manner.”

“They broke him. They mentally broke him,” Geri Perna said speaking of her nephew. “He had run out of hope. I know he couldn’t take it anymore.”

Perna, along with members of his family, looked at the motion to delay his sentencing for a month as bad news, according to a report from American Greatness, which pointed out that the prosecutor who was handling Jan. 6 cases, U.S. Attorney Matthew Graves, has been seeking lengthy prison terms for defendants who plead guilty to similar charges as Perna pleaded guilty to.

“The constant delays in hearings, and postponements dragged out for over a year. Because of this, Matt’s heart broke and his spirit died, and many people are responsible for the pain he endured,” Perna’s obituary continues. “Matt did not have a hateful bone in his body. He embraced people of all races, income brackets, and beliefs, never once berating anyone for having different views.”

The lawyers representing Perna have not, as of this writing, responded to requests for a comment.