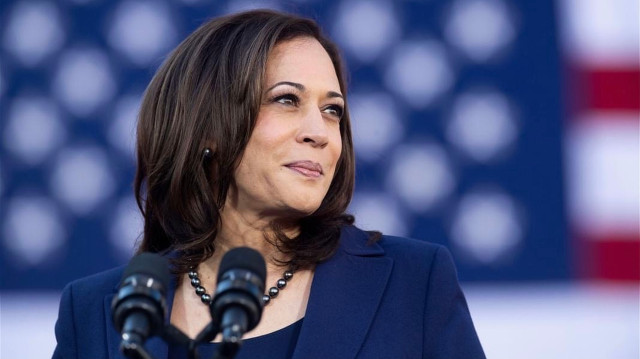 A group of pro-Trump protesters in Guatemala made a surprise appearance Monday during a visit from Vice President Kamala Harris, which is her first visit to a foreign place since she was installed in office back in January.

Harris spending both Monday and Tuesday taking a look at the root causes of northern migration in Guatemala and Mexico. As the vice president’s motorcade passed the group of Trump supporters while heading to her first stop of the week, which is a meeting with Guatemalan President Alejandro Giammattei.

According to the traveling press pool, the signs read, “Kamala, Trump won,” and “Kamala, mind your own business!” Photos posted on social media showed other signs reading, “Kamala stop funding criminals,” and “Guatemala is prolife #Momalahelpme”

Following the one-on-one meeting, Harris and Giammettei will hold a press conference. The vice president will also meet Monday with separate groups of community and social leaders and female entrepreneurs before departing for Mexico later in the evening.

Man, if Harris thought only people here didn’t like her, it seems she was sorely mistaken. Even folks in foreign nations know she’s a person of low moral character and not the right type of individual to help tackle important issues facing our nation and our world.