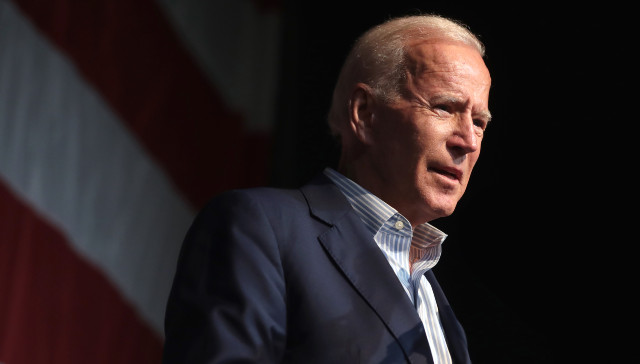 A poll that has historically been more favorable to Democrats has revealed that President Joe Biden’s current approval rating is only 36 percent. This, ladies and gentlemen, is a progress report for the current administration.

It’s clear that the American people are not at all happy with the performance of President Biden and that folks are already, just 11 months in, ready to see this time pass and someone else be put in the White House.

The latest Quinnipiac Poll is so terrifying to the Democratic Party that Quinnipiac University Polling analyst Tim Malloy has sounded the alarm for the radical left ahead of the midterm elections.

“An ominous double whammy for the Democrats with midterms less than a year out,” Malloy went on to say. “The Senate and the House will be up for grabs and voters want the GOP to win the jump ball.”

An edge of roughly 8 points to the GOP was outside of the margin of error and 46 percent of adults that were polled said they wanted Republicans to take control of the House compared to just 38 percent of those who prefer to have Democrats in control.

Biden is failing on the issues as well:

Biden had declared that he was going to be the unifier in chief, however the response to this poll most definitely says otherwise. Respondents in the poll stated that political division is their top issue right now.

Adults are not at all happy with Biden’s personal traits either, with a majority, 51 percent, stating he isn’t honest and a whopping 57 percent saying he does not possess good leadership skills.

“Is the Biden administration’s signature legislation enough to start righting the ship? $3 trillion to fortify the country’s infrastructure backbone and shore up the future of American families through social programs still gets hearty support from Americans,” Malloy continued in his analysis of the data. “But from the character issues to the broad swath of national and international concerns, that ship continues to take on water.”