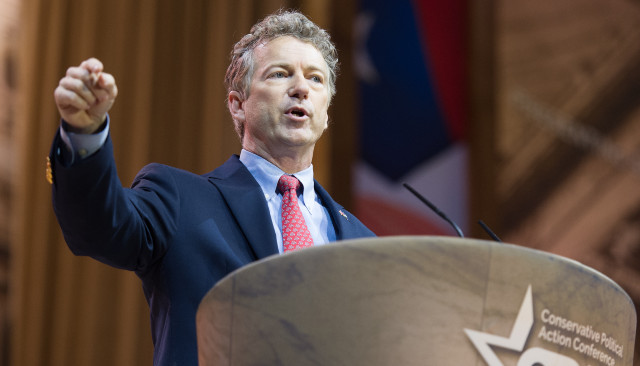 Sen. Rand Paul, a Republican from Kentucky stated on Tuesday that the narrative being pushed by mainstream media that the Republican Party is suppressing voters is a “pack of lies,” going on to cite data that demonstrates the Black population votes at roughly the same rate as folks in the white population.

”But it’s not really about that,” Paul said during an interview on ”Spicer & Co.” ”They’re lying. They’re lying to the public and saying this is about racial disparity when in reality, it’s about trying to set the system up where they can game it through mail-in voting by embedding people into the electoral system that will basically try to get out certain people to vote and exclude other people from voting.”

”So really, this is about gamesmanship and has nothing to do with anything noble or lofty, like voting rights. But it’s amazing that they can try to play a game like this and expect people to buy into it,” the Kentucky Republican said.

Paul, who is a certified doctor in the area of ophthalmology, went on to imply that President Joe Biden and his administration’s sudden shifting position on supporting in-person schooling was too little, too late.

”Even if you look back to … the very first COVID virus that we had … it turns out that it’s not very deadly for children. Sweden has kept their schools [sic] open the entire time. They don’t wear masks, and what they found is that no children died. Not one [child] in the whole country of Sweden — 1.8 million kids. Not one child died,” the senator said.

The Kentucky Republican then said that there’s “no science” to support forcing children to wear masks.

”Here’s the truth of the matter,” Paul remarked. ”When we’ve studied sort of mask mandates, there’s no evidence that they lower the incidents. When we study having schools where some kids were masked, and some don’t, there’s no difference in the incidents.”

So they want you to produce an identification card that proves your vaccination status before you do certain things, but get offended by the idea of a person having to provide proof of identity before they cast a vote.

Does no one else catch the irony here?