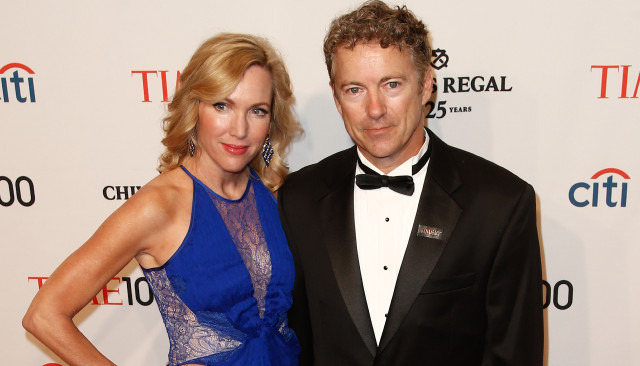 According to Kentucky Sen. Rand Paul, GOP senators are still waiting for a response to their addressed to Health and Human Services and the National Institutes of Health, which demands certain documents concerning the organizations’ handling of the COVID-19 pandemic following the release of a massive batch of emails from Dr. Anthony Fauci.

“They haven’t honored the request yet, but our concern is that they’re saying different things in private than they are saying in public,” the Kentucky senator said during a chat with Newsmax’s Rob Schmitt earlier this week. “So it looks like in private they have had an exchange of very urgent emails saying, ‘oh, my goodness, it looks like they were doing gain of function research’…but in public they were saying ‘nothing to see here. There’s no chance that this came from the (Wuhan) lab.'”

Fauci, the head of the National Institute of Allergy and Infectious Disease (NIAID) is still saying that the NIH didn’t fund gain of function research, or the potential to enhance diseases to make them more contagious, at the Wuhan Institute of Virology, said Paul.

“But there’s a host of scientists in this field of research who look at the applications for the NIH money that went to the Wuhan lab and they say without question what they were doing, there was gain of function research, so we should get to the bottom of this,” Paul went on to say.

He then stated that he’s asked the chairperson of the Homeland Security and the Health committees to look into the matter.

“We should want to know the origin of this and we should want to try to prevent this from ever happening again,” the senator stated. “We have to have a debate in our country. Do we want to fund research that enhances the ability of animal viruses to infect humans?”

For example, he said, if the SARS virus “that they’ve been experimenting with” gets out, that is a “15% mortality. That’s 15 times greater than what we’ve just seen this last year of COVID.”

Paul also said he thinks it’s dangerous to have a “group think,” such as seen during the pandemic, that only allows certain debate to be heard, “and if you’re opposed to a certain issue or have a different point of view, that you’re sort of the deplorable set, you’re sort of this group of people that’s so unacceptable that you won’t even be heard.”

Paul went on to explain that the whole situation started with “climate alarmism,” then added, “You have to realize one of the reasons there’s a consensus in climate alarmism is it’s all funded by the government. Most of the research that we’re talking about, this virus research, is also funded by the government, so people are deathly afraid that Dr. Fauci could be vindictive or the NIH could be vindictive. Many of these people you know, will not talk in public because they’re afraid of having their funding cut off because they depend on government funding. ”

Paul then said the development of the coronavirus vaccines that are being used now can be done without any kind of gain of function research as the RNA or DNA that comes from a virus can be sequenced within just a matter of days.

“I think we’re actually in a good position where we can make the strong argument that we don’t need to be creating, really, really pathogenic, dangerous plague-like viruses in the lab and then hoping they don’t get out,” the GOP senator said.

Meanwhile, matters have changed “quite a bit” where Fauci is concerned, because before “he had a sort of Teflon” where nobody questioned him. However, “it’s come out that he was really trying to suppress the story of gain of function (research)” at the Wuhan lab or the NIH’s funding for the facility.

“He continues to discount the idea of natural immunity,” Paul said, once again eviscerating Fauci. “More than 100 million people in our country have gotten the disease naturally. That natural immunity added up with the vaccination allows us to be at herd immunity now and the cases dwindling to nothing. And yet, Dr. Fauci insists we are not anywhere close and that we must vaccinate all the children…for children, they’re more likely to be struck by lightning than to die from COVID. It is not a disease that kills children. Very, very rarely, does it harm children.”