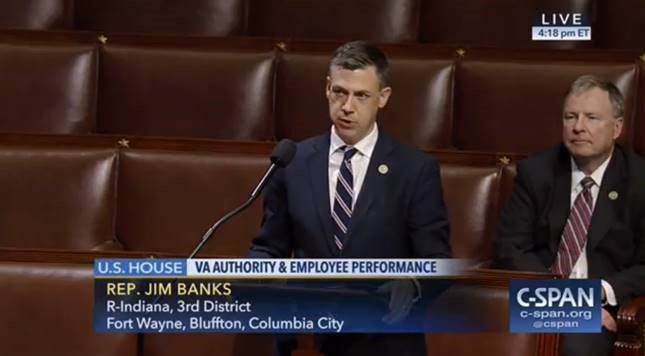 Rep. Jim Banks, a Republican from Indiana, wants the National School Boards Association (NSBA) to offer him an explanation as to why it seems to be convinced that the Justice Department should mobilize the FBI and U.S. attorneys to look into disputes during school board meetings.

“You don’t cite a single instance of local law enforcement failing to arrest criminals who’ve broken the law,” Banks went on to write to the group in a letter was recently obtained by the Daily Caller.

The letter itself was in response to another open letter NSBA that was addressed to President Joe Biden.

Banks went on to blast the letter, saying, “You posture as victims while pushing for authoritarianism.”

The school boards group asserts that ”education leaders are under an immediate threat.”

A request was made ”to deal with the growing number of threats of violence and acts of intimidation occurring across the nation” comes as reports of angry parents expressing opposition to COVID-19 policies and curriculum changes — particularly those tied to critical race theory — have become more frequent.”

But the NSBA asked the administration to consider if threats and acts directed at school boards “could be the equivalent to a form of domestic terrorism and hate crimes.”

In his letter, Banks made the claim that the NSBA “intentionally muddles the distinction between protected speech and unlawful violence,” while “conflat[ing] disagreement with violence in an attempt to convince federal law-enforcement to crack down on [their] political opponents.”

Banks also posted up a tweet saying, @NSBAPublicEd’s letter is shameful. It calls on the DOJ to target their political enemies with the Patriot Act…are you kidding? There are many decent school board members in Indiana. They should be embarrassed by this.”

Meanwhile, Attorney General Merrick Garland is mobilizing the Justice Department to “investigate and prosecute” the mounting disputes at public school board meetings and schools.

“Threats against public servants are not only illegal, they run counter to our nation’s core values,” Garland stated in a memo Monday that was sent to FBI Director Christopher Wray, along with Justice Department prosecutors.