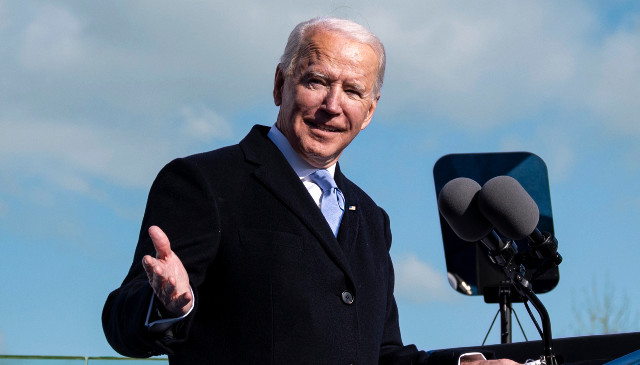 Rep. Chris Stewart, a Republican from Utah, recently stated that President Joe Biden and his administration are currently headed toward what he called a “critical mass of failure.”

“I think this presidency is looking at a critical mass of failure,” Stewart went on to say during an interview Monday on “Spicer & Co.” while going on to mention that the administration’s “failures” tend to stack up on themselves. “I mean, look, when [President Joe Biden] came to office, I was worried this might happen, but I never dreamed that he would achieve this in eight months.”

“It’s remarkable,” Stewart went on to say during his appearance on the show. “I mean, start with Afghanistan, then talk about inflation and stagnation and the job numbers — and still languishing with [COVID-19] — and terrifying debt, and the list goes on and on, all of them negative. And honestly, the administration’s not going to be able to fix it.”

Stewart added that he doesn’t think Democrats will make a return in the 2022 elections due to the aforementioned bad “eight months” under Biden.

If the folks on the left who are in Congress “don’t change any of” the situations unfolding right now, like the mess in Afghanistan, the economy or the issues related to COVID-19, “then how could they possibly expect to have a victory in 2022? I think it’s going to be a landslide for Republicans,” the congressman said.

Stewart could not be more right about this.

Biden has not only caused all of these problems, but he’s refused to take responsibility for his blunders and to take action to fix anything that he’s screwed up.

Like the border crisis for example. On his first day of office, Biden signs an executive order trashing former President Donald Trump’s immigration policy, which then leads over a million immigrants illegally crossing into the country.

And then he does nothing to fix the situation. That sums up Biden’s presidency.