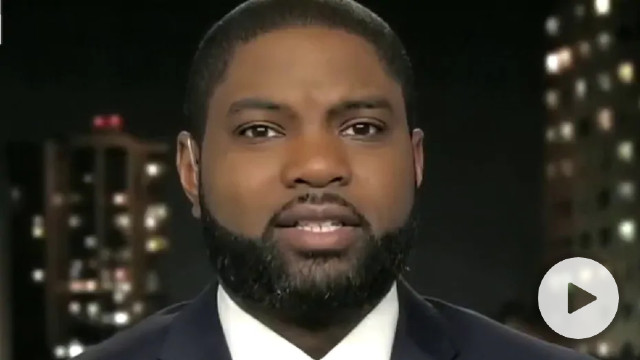 Rep. Byron Donalds, a Republican from Florida, is not at all a big fan of President Joe Biden’s new vaccine mandate, calling it “gross,” “totalitarian,” and “fascist.”

All of those are fantastic descriptors that truly capture the moral bankruptcy of such overreach by the federal government, particularly the executive branch.

”The president of the United States just simply doesn’t have the authority for this kind of order. We can’t even fire federal employees for not doing their job, but we’re going to fire them for not getting vaccinated?” Donalds went on to say during Thursday ‘s edition of  ”American Agenda.”

He appeared shortly after news broke of Biden’s plan to sign an executive order that would require vaccination for employees of the executive branch and contractors that do business with the federal government — with no option to test out.

”That’s gross. It’s insane and, frankly, it violates the liberty of every federal worker and it’s going to lead to this push-down effect, this quieting effect on workers all across our country. It’s outrageous,” Donalds stated.

Later, the president also announced sweeping new federal vaccine requirements affecting as many as 100 million Americans in an effort to increase COVID-19 vaccinations and curb the spread of the delta variant.

The expansive rules mandate that all employers with more than 100 workers require them to be vaccinated or tested for the virus weekly, affecting about 80 million Americans. And the roughly 17 million workers at health facilities that receive federal Medicare or Medicaid will also have to be fully vaccinated.

Biden has attempted for months to use promotions as a means of driving up the vaccination rate, but is switching over to a more firm stance, as his aides continue to blame folks who have not taken the coronavirus vaccine for the current sharp rise in cases, which are reportedly killing more than 1,000 people per day and putting our already fragile economic rebound in danger.

”We’ve been patient. But our patience is wearing thin, and your refusal has cost all of us,” the president stated during a White House press conference. The unvaccinated minority ”can cause a lot of damage, and they are.”

Donalds then said he expected Biden’s comments to be “draconian,” “fascists” and “downright totalitarian.”

”We should not be mandating vaccines. I know people are afraid; they’re watching the news reports, they’re seeing the anecdotal stories from the media. But we cannot be making fear-based decisions. We have to make data-based decisions, and Joe Biden is not doing that,” he concluded.