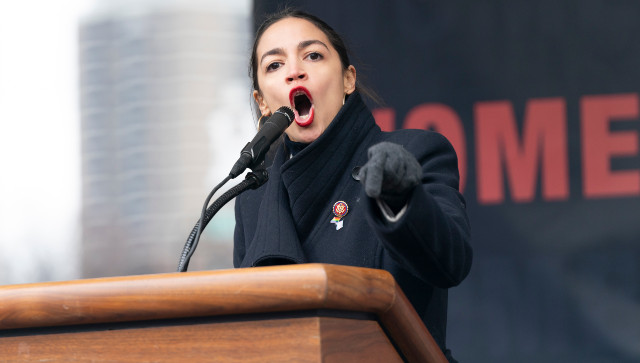 Rep. Nicole Malliotakis, a Republican from New York, called on Democrats to start acting more forcefully to throw their support behind Cuban dissidents who are protesting against the communist regime that has led the island nation for over 60 years, and then reiterated her criticism of folks on the left who are in the party and back a lot of what the regime stands for.

Malliotakis, whose mother is a refugee from Cuba, tweeted last week against fellow NY Rep. Alexandria Ocasio-Cortez after she made a call for ending the 60-year U.S. embargo against Cuba.

“@AOC is a clueless communist sympathizer,” Malliotakis said in her post. “Cuba does business with everyone else around [the] world and NOTHING has changed in 60 years. ALL money, aid, products taken by regime and ruling class while citizens suffer in poverty, misery. USA must demand FREEDOM!”

“I don’t think anyone would be surprised to learn that she would want to prop up … the communist regime in Cuba, and that is all that lifting the embargo would do,” she said during an interview on The Chris Salcedo Show.

Placating the Castro regime would do nothing to actually help the people, Malliotakis added, saying that any aid in the form of food, medicine or money goes straight to the regime or its supporters.

“They use it to weaponize against their own people,” she continued. “If you don’t go along with their communist agenda, you get nothing, and that is the way that they have been able to keep control and power for six decades.”

Instead, she said the U.S. should be working with other freedom-loving leaders throughout the world to push the regime out, and bring freedom and democracy to the island.

“Allow these individuals to continue to demonstrate for the short term, and restore internet service so we can see what is going on there and let the world see how they are beating and arresting and abducting and also shooting their own people,” she added.

Not only is it not surprising for AOC to prop up the communist regime in Cuba, it’s totally to be expected. Much of the ideology that AOC subscribes to as a socialist lines up in lock step with the kind of policies and government that exists in Cuba. It would be hypocrisy of the highest order to be against that regime while claiming to hold to socialist ideology.