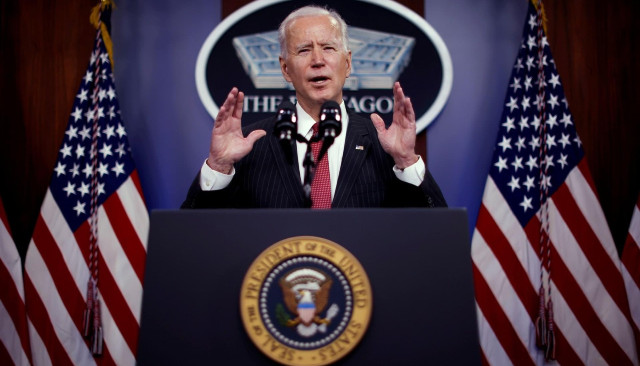 Rep. Claudia Tenney sat down with Newsmax on Wednesday and said that she’s never witnessed the “amount of anger and anguish” from Gold Star families she’s seeing directed at President Joe Biden after the deaths of 13 military members who were killed during a suicide bombing outside of the Kabul international airport during the final days of the disastrous troop pullout from Afghanistan.

“I spent my weekend with Gold Star families in our annual Patriot Walk where we honor the Gold Star families for their children who were killed in Afghanistan and Iraq and I have never seen the amount of anger and anguish and lack of support for the way that President Biden has handled this,” the New York Republican stated during a conversation on Newsmax’s “National Report.” “It was devastating to them.”

Her comments came in response to the news that Biden was heckled during his appearance in New Jersey to tour sites hit by the remnants of Hurricane Ida, and Tenney said she’s being asked all the time about the situation in Afghanistan, where American citizens remain.

“It has been impossible to get people out of Afghanistan, American citizens and green card holders,” Tenney, went on to say, pointing out that private contractors are trying their best to find a solution to the problem.

“It is wrong that our president is doing nothing about it and ignoring it, ignoring these desperate pleas from people who want to get out of this dangerous country,” said the congresswoman.

She further added that several members of Congress are working to get people out of Afghanistan after President Joe Biden’s “arbitrary” pullout date of Aug. 31 came and went.

“Now, here the United States of America, the beacon of freedom around the world, is beholden to a terrorist organization,” Tenney continued, making a  reference to the Taliban. “We’ve been fighting for 20 years and we’ve surrendered. It’s a complete embarrassment. I’m sympathetic to all these Americans who are upset … I’ve met with military, as I said, Gold Star families, who are just enraged by the terrible treatment of American citizens and others who served to help us in this long-time struggle that we’ve had in the Middle East and in Middle Asia.”

President Biden has the blood of these Americans on his hands. And if he doesn’t take immediate action to get all of our citizens back before the Taliban terrorists start getting violent, he will be responsible for those deaths too.