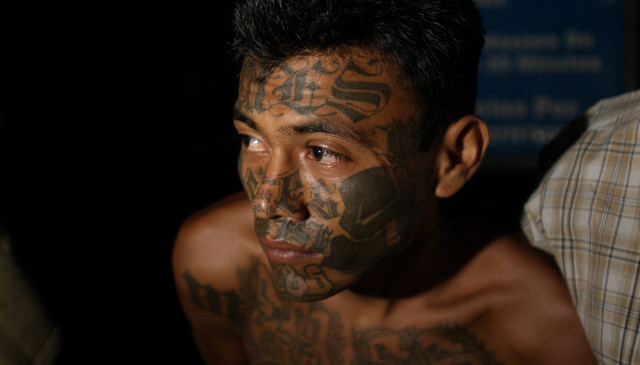 A brand new report has revealed that members of the infamous and extremely violent MS-13 gang, along with members of other gangs, are now using migrant caravans to sneak across the southern border and into the United States.

“5 gang members in 7 days! #Laredo Sector #USBP agents arrested a total of 5 gang members in the last week, including an #ms13 & two 18th Street gang members. They attempt to evade arrest by exploiting the influx of migrants attempting to enter our country,” Hudak posted on Twitter.

The MS-13 and 18th Street gangs are both violent gangs originating from Central America. They have also entered the U.S., committing murders in multiple East Coast states, most prominently New York. Two years ago, Suffolk County, New York, authorities said they had pretty much eliminated the gang from the area.

The Daily Wire has reported previously on the violence caused by the gangs in the U.S. In January 2020, a member of the MS-13 gang who had been deported five times previously was apprehended once again. The gang member had a history of drug offenses, grand theft auto, theft, and burglary.

The New York Post reported that Border Patrol agents in California last month arrested “a documented MS-13 gang member” who had been traveling with Salvadoran migrants to the U.S. Border.

To give you a feel for just how dangerous and twisted these MS-13 gang members really are, and why we need to start enforcing our immigration laws and sending these folks back home, one gang member admitted to killing his teenage friend with a baseball bat.

Oh but it gets much worse. That same person then stated that another gang member helped chop the body up into pieces with a machete.

There are plenty of other horror stories online you can look up about this gang too.

Folks, we need to secure the border and make sure miscreants like this are not getting into this country and terrorizing our fellow citizens.