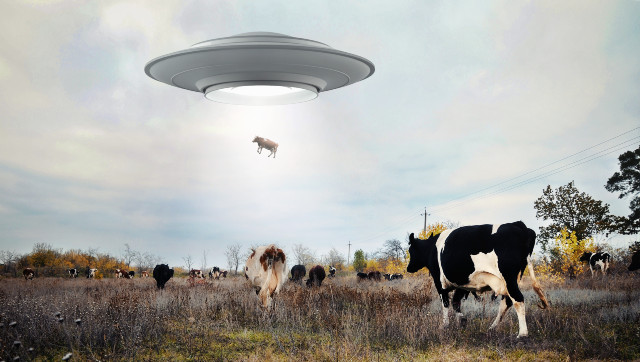 A new report released from U.S. intelligence officials is set to reveal that these agencies cannot definitively rule out that either aliens or foreign governments might be behind the more than one hundred alleged sightings of UFOs.

The report, from the Office of the Director of National Intelligence, is expected to be released to Congress on June 25. However, it’s being said that the report itself will include very few definitive facts about the more than 120 reported encounters with UFOs that have happened over the last 20 years.

They couldn’t rule out that those sightings were aliens or a foreign government, though officials were able to determine that these incidents were not of advanced U.S. government technology. Such a conclusion seemingly rules out the possibility that these individuals, many of whom were Navy pilots, encountered secret U.S. government programs.

Much of the report’s content is likely to land within a classified annex to protect the sources and methods of U.S. intelligence-gathering efforts.

“What is true, and I’m actually being serious here, is that there is footage and records of objects in the skies that we don’t know exactly what they are. We can’t explain it, how they move, their trajectory. They did not have an easily explainable pattern,” Obama said during an interview he conducted with CBS’s The Late Late Show with James Corden back on May 18.

The White House has stated that they are taking reports of UFO sightings “very seriously,” which is such a relief. Not.

It would be super nice if they would take the border crisis “very seriously” too.

“We take reports of incursions into our airbase by any aircraft, identified or unidentified, very seriously,” White House press secretary Jen Psaki said, adding, “Certainly the president supports ODNI putting together a report.”