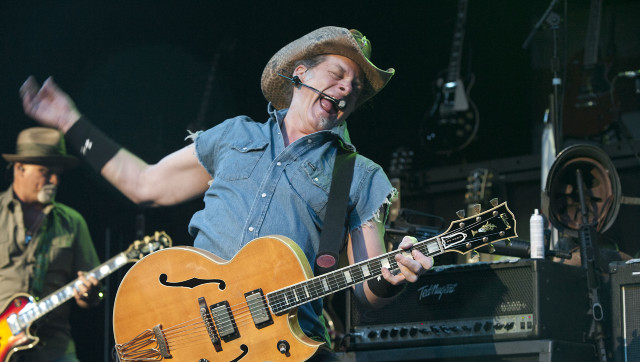 Rock legend and Second Amendment advocate Ted Nugent spoke with Newsmax where he stated that the fact the Kyle Rittenhouse case was brought to trial demonstrates that the U.S. has forgotten its culture.

”That this court case even exists is a manifestation of cultural abandonment in America,” Nugent stated during an interview Thursday on ”Eric Bolling: The Balance.”

As we speak, a jury is in the fourth day of deliberations in the charges against Rittenhouse, who was 17 last year when he used an AR-15 on three men during a confrontation during a Black Lives Matter protest in the city of Kenosha, Wisconsin. Rittenhouse ended up killing two of the men and injuring the third. Keep in mind that Rittenhouse and the men who were shot are all white.

Rittenhouse has claimed self-defense, saying the men attacked him, and that he and others were there to protect property from looting and vandalism, which had occurred at other such protests that summer.

”This guy, this young 17-year-old kid, was exactly what the Founding Fathers wanted all Americans to be — to stand up [for] good over evil,” Nugent went on to tell host Eric Bolling. ”Kyle Rittenhouse, I’m sending him a lifetime supply of good ammo.”

Never in the country’s history has it been more important to keep and bear arms, Nugent said.

”And that’s all that Kyle Rittenhouse was doing,” the rock legend remarked.

Well, at least we know there is at least one rocker out there who truly understands and appreciates freedom and the values this nation was founded on.

Rittenhouse, as far as the video footage goes, truly appears to be doing nothing other than defending himself against violent attackers who meant to do him serious harm. Nugent is right. This should have never went to trial.