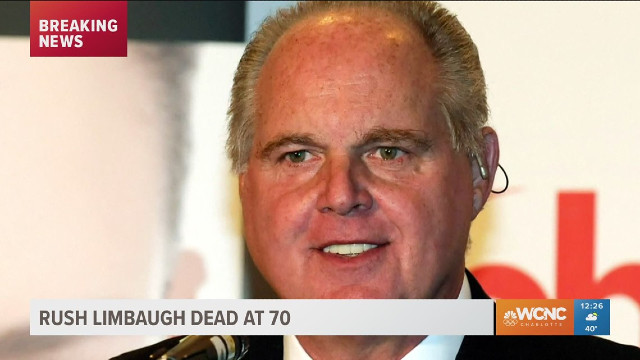 A new report says that the radio program of the legendary Rush Limbaugh, who died earlier this week due to lung cancer at age 70, will remain on the air for a little while longer.

The show is to be broadcast using old clips of the program and will continue on “until his audience is prepared to say goodbye,” Premiere Networks  stated in a memo.

You can continue to hear the broadcast from noon to three on weekdays.

Limbaugh died Wednesday morning after a monthslong battle with lung cancer in his home in Palm Beach, Florida, according to his wife, Kathryn, who told the public on his radio show. The 70-year-old received the Presidential Medal of Freedom from former President Donald Trump, authored seven books, and was a thorn in the side of Democrats, including Presidents Bill Clinton and Barack Obama.

Limbaugh’s radio show, which held the title for most listeners in the United States, reached more than 20 million monthly subscribers.

His death drew an outpouring of support from prominent political figures.

“There are no words to adequately capture the man that was Rush Limbaugh,” Fox News host Laura Ingraham wrote on her website. “Even though we knew this day was coming, typing the word ‘was’ in reference to him seems horribly wrong, an impossibility. Millions of us have relied on his wisdom and perspective for decades, and many of us cannot imagine another election without hearing his voice.”

“His unbridled talent, his unwavering patriotism, his uproarious sense of humor, his boundless enthusiasm for his craft, his endless love for his listening audience, his defiant perseverance — gave us comfort and inspiration,” she continued.

Rush Limbaugh is a legend. We would not have conservative media the way it exists today without his influence. He was a brilliant man who helped a lot of people understand the political situation in this country in ways that no one else really could.

Allowing the show to continue on the air for awhile is a classy move that shows honor and respect for Limbaugh and his audience. Very good call.