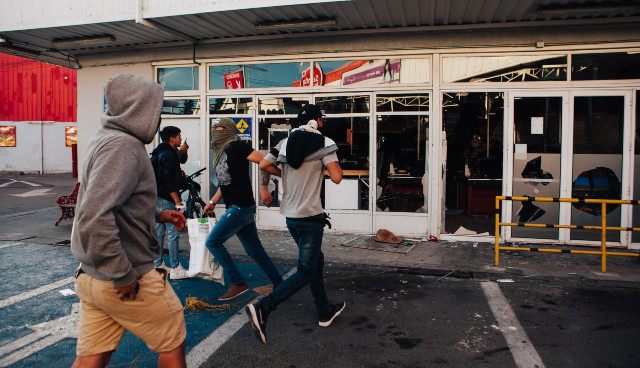 Another day, another dose of liberal stupidity.

Apparently, according to the folks over at the San Diego Police Department, what happened over the weekend in the state of California when over $1 million worth of luxury goods were stolen, it was not “looting,” as that term is racist now.

No, what happened was, according to a spokesperson for the department, “organized robbery.”

Yes, this is real. What a world we call home these days.

What’s even worse is that officials in San Diego aren’t alone on this.

“As the Bay Area grapples with a wave of seemingly organized smash and grab robberies this weekend, policing and journalism analysts are cautioning against the use of the term looting,” a report went on to say.

In San Francisco , Louis Vuitton and Burberry stores were burglarized and lost a significant amount of their product, the report said.

However, these events are not considered looting, according to the California Penal Code, which defines looting as “theft or burglary … during a ‘state of emergency,’ ‘local emergency,’ or ‘evacuation order’ resulting from an earthquake, fire, flood, riot or other natural or manmade disaster.”

Lorenzo Boyd, a professor of criminal justice and community policing over at the University of New Haven, who is also a former law enforcement officer, said that calling the events that transpired in California “looting,” carries with it a racist sentiment.

“Looting is a term that we typically use when people of color or urban dwellers are doing something,” he explained. “We tend not to use that term for other people when they do the exact same thing.”

According to Boyd, the general public needs to be wary of creating a political connection between the “smash-and grabs” that went down this weekend and the verdict in the Kyle Rittenhouse trial.

“These types of massive, organized smash-and-grabs were happening before the Rittenhouse situation because it happens cyclically,” the former police officer said. “It’s a false equivalency. It’s people trying to politicize crime.”

“”People draw their own conclusions if the terminologies that you use are tethered to people’s understanding of how they have been used in the past,” he stated.

Now people seem to care far more about the feelings of criminals than they do about keeping folks in local communities safe from these individuals. Again, it’s shocking how fast our society is crumbling.